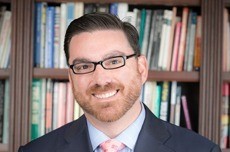 TALLAHASSEE -- Further reforms of Florida's legal system are needed to protect its residents and foster free enterprise, according to a free market think tank.

The call for reforms are part of a 20-point wish list for the upcoming legislative sessions published by the Tallahassee-based James Madison Institute.

Although the institute did not specify particular reforms, business leaders have identified further tightening of rules around assignment of benefits and looking at the way "bad faith" claims are settled. If an insurance firm is found to have acted in bad faith, including unreasonably refusing, delaying or properly investigating a claim - or defending one against a third party - it can face increased damages when sued.

"Reforming bad faith has been a Florida Chamber of Commerce priority for over a decade, and third parties should also be forced to act in good faith when settling insurance claims," Carolyn Johnson the Florida Chamber's director of business, economic development and innovation, told the Florida Record. "The courts have exacerbated the issue by continuing to broaden the definition of bad faith to mere negligence in claims handling allowing multimillion dollar awards."

"Just like in homeowners insurance claims, insureds often do not understand what they are signing and then they can be involved in inflated claims against their insurance company and even worse, party to a lawsuit,” she said

Gov. Ron De Santis signed into law HB 7065, which, among other provisions, introduced an attorney fee structure when an assignee wins an award against an insurer and also requires insurance companies and a customer is to be given at least 10 business days notice before a suit is filed.

An assignment of benefit agreement transfers the insurance claims rights or benefits of a policy to a third party, which can then sue an insurer.

“We are taking a cue from the country’s most popular governor and our bold legislature in providing 20 big ideas for 2020. It’s our hope that with the help of our members, donors, and friends across the country, JMI will continue to set the pace for liberty, freedom, and opportunity for all Floridians.”

Want to get notified whenever we write about James Madison Institute ?

Sign-up Next time we write about James Madison Institute, we'll email you a link to the story. You may edit your settings or unsubscribe at any time.