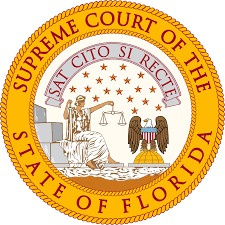 "Obviously, any time a business has to pay less for a mandated type of insurance is a good thing," said Florida United Businesses Association COO Lance Lozano. "The guarded optimism comes into play knowing that there was a Supreme Court case several years ago that threw out caps on attorney fees."

In its 2016 decision in Castellanos v. Next Door, the Florida Supreme Court ruled the state's mandatory attorney fee schedule for use in workers' compensation awards violated constitutional due process provisions.

The decision essentially meant judges sitting in workers' compensation claims were no longer constrained by a statutory attorney fee formula in Florida.

"We believe this, eventually, will create upward pressure on rates that employers will pay," Lozano said. "That has not yet come to fruition but based on evidence the National Council on Compensation Insurance has put forward it does appear that in the out years, the good news as it relates to workers' compensation being down will be outpaced by attorney fees creeping the system and having an increase in workers' compensation rates.

When that will happen is not clear, Lozano said, adding, "We're not sure, but we believe that it will at some point in the near future."

His comments came shortly after Florida Insurance Commissioner David Altmaier issued an order to the National Council on Compensation Insurance seeking a reduction in Florida's workers' compensation rates of 7.5 percent for next year.

Whether state lawmakers will intervene depends on how hard overall workers' compensation costs are hit by the Castellanos decision, Lozano said.

"I think we'll probably have to wait and see whether increases do come to fruition," he said. "If they do, then I think that will create more of an incentive for the legislature to act."

Lozano pointed out that Altmaier's rate order included direction for the NCCI to compile relative to the Castellanos decision.

"Granted, they did present some information in that rate filing," he said. "But the insurance commissioner asked them to come back in future rate filings with more detailed information as it relates to Castellanos and its effect on the system and on rates in future years."