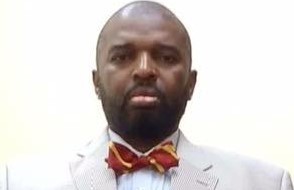 TALLAHASSEE — A Florida appeals court has ruled a trial court erred in its decision to dismiss a slip and fall suit against Applebee's because the plaintiff's amended complaint, which contained a new cause of action, was filed past the four-year statute of limitations.

According to the Oct. 1 Florida First District Court of Appeal ruling,  Kelly Mitchell filed an appeal over the dismissal of her case by Bay County Circuit Court Judge James B. Fensom.

The case stems from Mitchell's slip and fall in 2012 at an Applebee's restaurant and her filing suit only two days before the statute of limitations ran out on her claim.

"In the body of the complaint, it was abundantly clear [Mitchell] was suing both Apple Two Associates Inc., and the appellee, but the complaint included only a single count of negligence against Apple Two," the appeal court's decision stated.

Applebee's alleged "the new cause of action against appellee in count II was filed well beyond the four-year statute of limitations" to which a trial court agreed due to the amended complaint being filed after the statute had run out.

"In so ruling, the trial court erred," the state court noted in its decision. "Here, [the] appellee’s participation in the lawsuit from its inception belies any claim that it had no notice of the original action, was surprised by the amended complaint, was not given fair notice of the general factual scenario or had no connection to the litigation prior to the amendment.