"In the case of women, it is important to know going in that there are work-life balance issues that men are not encountering," Easley recently told the Florida Record. "Recent Florida Bar, ABA and other surveys show that that this is still happening. It is also important to know that women lawyers are still on average being paid less than men lawyers, and that translates into bigger issues, including retirement savings. Women need to understand that they will be challenged not just on the law, but on these work-life balance and compensation issues, and they would do well to take courses from professionals in those areas of the health and business community to find the best ways to deal with these challenges." 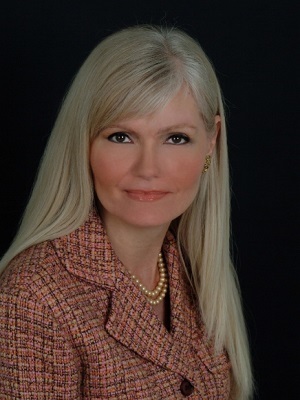 Despite the challenges she faces as a female lawyer, Easley has great passion for her profession.

"The legal profession is a noble profession that exists to speak for those who cannot speak and to protect them and their interests," Easley said. "So that means there is a lot of responsibility that comes with being an attorney. We are a lucky profession because we get paid to do what we love anyway--research, argue and write. We are constantly learning."

In addition to her recognition by Rue Ratings, Easley also ranks among Florida Super Lawyers and South Florida Legal Guide's top tier appellate lawyers for leadership and excellence in the practice of appellate law. Easley also was recognized this year by her peers as AV Preeminent, the highest-possible ranking for legal ability and ethics, in Martindale-Hubbell. Martindale-Hubbell's ratings cover both legal skills and attorney ethics, as well as the Register of Preeminent Lawyers in the United States.

The Florida Bar has certified Easley since 2003 as an appellate expert and appellate specialist, with fewer than 200 certified as such and able to claim that select designation out of more than 100,000 Florida attorneys. In 2009, the Florida Bar also recognized Easley for Excellence in the Promotion of Board Certification.

Despite all those honors and recognitions, Easley said her entry into the legal profession was not initially obvious.

"I never expected (to practice) law and my path to it was a meandering one," she said. "I was a research forest geneticist in Latin America, working with Eucalyptus Grandis and Central American pines and clonal propagation for a private pulp and paper company. My husband's work visa was not renewed, and he had to return to the United States. I remained to finish my contract and then joined him where he had found work in east Texas. There, they thought 'M.S.' meant you were married."

Unable to find work as a research forest geneticist in Texas, Easley started a culinary herb and gourmet vegetable business, which she enjoyed but ultimately failed.

"I looked for work at my husband's company and found work in their Latin America plywood division, which was stalled at the time," she said. "I was fluent in Spanish and, while everyone else left at 5 p.m., I was faxing orders and reviewing them at 9 p.m. at night to be sure the Latin American clients' orders were moving. They started coming to visit the company, I would translate for the VPs, and their orders grew. The department grew."

When told by her manager that the company planned to reduce her salary, though, Easley decided to quit and go to law school.

"I am from a long line of lawyers and doctors who would get paid a chicken for drafting someone's will or a pig for saving someone's life and decided I'd look at law school," she said. "I have three brothers (who) are lawyers; two became doctors after that, but have kept their law licenses also. So I sat for the LSAT, then applied, and settled on the University of Miami School of Law where, originally, I was going to pursue international law. Miami, for me, is the next best thing to being in Latin America."

The lessons, she said, have been many.

"Life always has surprises, some good, some not so good," Easley said. "It's important to be resilient, not engage in self-pity and adapt. In my experiences, I could focus on the setbacks and become bitter. And as a former research scientist that had published and received many, many accolades, I did for a time mourn the loss of that career. But when I closed that chapter, I found new adventures and new careers, and I work in one that I love now.

"Being an appellate lawyer is demanding, but the work ethic I developed started years before when I worked in science. That work ethic has carried me through many adventures. So I would impart these lessons to others: work hard, love this precious earth we've blessed with, love your family and friends, even the ones who drive you crazy at times, be as kind as you can, and you'll have no regrets."

Want to get notified whenever we write about Easley Appellate Practice PLLC ?

Sign-up Next time we write about Easley Appellate Practice PLLC, we'll email you a link to the story. You may edit your settings or unsubscribe at any time.