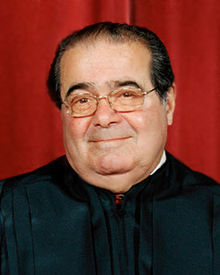 “I knew it would be contentious,” he told the Florida Record. “I anticipated there would be a lot of controversy around the choice of nominee, and I was confident that Republican senators would not relish a vote.”

But the extent to which senate Republicans and the judiciary committee have dug their heels in has proven remarkable in the pages of American history.

“The judiciary committee has stated explicitly that they will not consider or even meet with a nominee, which is historically unprecedented,” Virelli said.

President Barack Obama finds himself in a unique position as he prepares to vacate the office after two terms.

“I do think he will nominate somebody, (and) there will be a lot of political pressure for senate Republicans to at least consider a nominee," Virelli said of Obama.

According to Virelli, there is virtually no precedent for such a stalemate.

“There is overwhelming historical evidence for the idea that the Senate will, at minimum, consider a nominee,” he said. “Frankly, the majority of nominations are confirmed in election years.”

The result of this battle is high pressure on both the outgoing president and the sitting Senate, though the latter may be feeling more of the heat.

“I certainly think there’s pressure on President Obama to find the candidate who can be defended on the merits, but I don’t think that’s going to be very difficult for him,” Virelli said.

The bigger problem, according to Virelli, is the impending political backlash against the Senate, who could be decried as obstructionists.

“As much as the public may be divided on the merits [of a nominee], they may be more united by the idea that their government is not doing enough for them or doing its job, what it is designed to do,” Virelli said.

One name that has appeared frequently in predictions of Obama’s eventual nomination is Sri Srinivasan, circuit judge of the U.S. Court of Appeals for the District of Columbia Circuit. Srinivasan was confirmed to the position by a Senate vote of 97-0.

That’s precisely why McConnell came out so strongly against a vote immediately after Scalia’s death, according to Virelli.

“[McConnell] foresaw the problem of being put in the position where a vote would be demanded on a candidate that Republicans don’t want on the Supreme Court, but one that they very recently voted for in a glowing way,” he said.

McConnell has chosen his battleground against Obama, but the fight could get even uglier if the Senate waits for the next president’s inauguration to resume the confirmation process.

“The next president will have the same prerogative that this president has," Virelli said. "He or she will have the constitutional right and obligation to nominate somebody. It’s very hard for a Senate to argue that consideration of a candidate isn’t appropriate after the election.”

In other words, if the Senate doesn’t consider a nomination now, they are only delaying the inevitable.

“They’re going to have to do something,” Virelli said.

Want to get notified whenever we write about Stetson University College of Law ?

Sign-up Next time we write about Stetson University College of Law, we'll email you a link to the story. You may edit your settings or unsubscribe at any time.