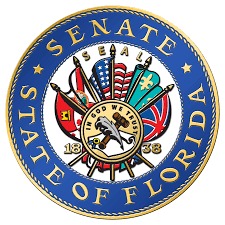 Legislation that would end jury awards of alleged inflated damages at civil trials was indefinitely postponed and withdrawn from consideration on March 11 after having passed the health policy committee last month.

SB 1668, introduced by Sen. David Simmons, would have required proof of medical expenses in personal injury and wrongful death litigation based on “usual and customary charges in the community where the medical expense are reasonably probable to incur,” according to the Florida Senate website.

"The bill was going through the committee process but got intertwined with other insurance matters and unless those other matters got heard, then the view was that 1668 wouldn't get heard. It's just politics that is delaying the issue," Simmons told the Florida Record. "It was postponed because of other matters that were before the banking and insurance committee not because of the merits of the bill itself."

The proposed law alleges that damages awarded for injuries by juries are inflated because juries in wrongful death and personal injury litigation aren't informed of costs for medical treatments that are realistic.

"SB 1668 was addressing a whole host of maladies that exist in the medical and legal field concerning proper methods for computing damages," Simmons said. "I had attempted to distill the remedies to cure these maladies into simple concepts so that the courts could sort them out. The standards would have been ones that were basic and would ensure the integrity of our judicial system because there's a tremendous temptation on the part of some physicians to inflate damages."

Simmons, a partner in a business and insurance law firm, introduced the Senate bill on Jan. 10 two days after Rep. Tom Leek (R-Ormond) co-introduced the companion bill, HB 9, to the House. In addition to being a Florida State Representative, Leek is chief legal officer with Foundation Risk Partners, an insurance firm in Daytona Beach.

“Evidence of usual and customary amounts received may not include evidence of increased or additional charges based on the outcome of litigation,” HB 9 states on the Florida Senate website. “If the claimant is entitled to reimbursement through any public or private health insurance or governmental health coverage, the amounts paid or payable under the insurance or governmental health coverage must be considered the usual and customary amounts received.”

"There is a cottage industry of medical providers who use Letters of Protections, an agreement between the claimant’s lawyer and the medical provider, not to collect until the lawsuit is over so that the 'paid' amount the provider would have accepted is not available to the judge for consideration," Stander told the Florida Record. "Since judges are not allowed to reduce an award for medical bills not yet paid, a Letter of Protection hides these bills from the judge’s reach, which inflates the total damages."

Although Simmons' term ends in November 2020 due to term limits, he believes there will be a continued effort to try to put something together in order to assure that there is truth and accuracy in the computation of damages and prohibit the conduct of the distinct cottage industry of doctors who inflate the amounts of their bills in order to get additional amounts of damages in a case, he said.