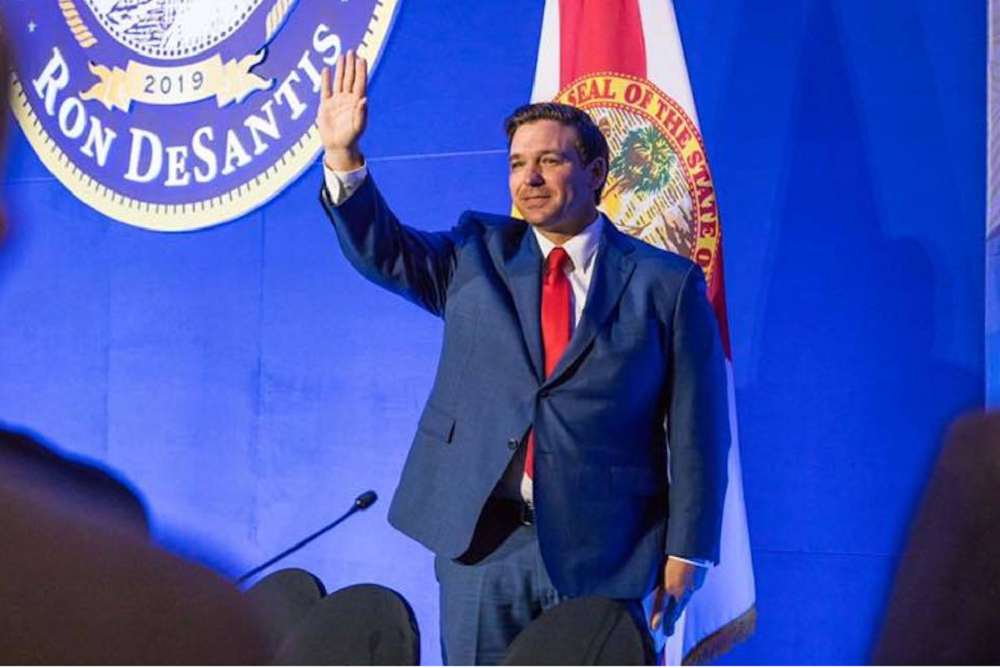 TALLAHASSEE - Calls for Gov. Ron DeSantis to appoint an African-American judge to the state Supreme Court have intensified in recent weeks as the deadline nears for him to fill two vacant judicial seats.

The Florida Legislative Black Caucus last month sent DeSantis a letter urging him to appoint 15th Circuit Judge Renatha Francis, the only African-American among the list of nine finalists sent to the governor by a Judicial Nominating Commission (JNC).

One potential snag with appointing Francis, however, is that she could not be seated on the high court until September. That’s because those appointed must have Florida Bar memberships that span 10 years.

“While she cannot technically serve on the court before September 24, that is a small detail when weighed against her overall qualifications and as a remedy to an all-white, predominantly male court,” the letter signed by Rep. Bruce Antone (D-Orlando) and Sen. Darryl Rouson (D-St. Petersburg) said.

Appointing Francis to the position would allow 3.5 million black Floridians to see themselves represented on the Supreme Court, the lawmakers said.

“As black attorneys serving in the Florida Legislature, we urge you to see this opportunity for what it is: a chance to appoint a qualified candidate who brings a different life experience and a diversity of thought to the court’s deliberations and decisions,” they wrote to the governor.

Requests for comment from Antone and Rouson went unanswered.

A former Florida Bar president, Eugene K. Pettis, said in a recent opinion column that having Francis on the high court would be worth the wait. Delays between when a judge has been appointed and takes office have happened dozens of times in the past, Pettis wrote.

But University of Miami law professor Anthony Alfieri, the founding director of the university’s Center for Ethics in Public Service, characterized Francis’ situation as unusual.

“In 30-plus years of law school teaching …  I've never witnessed the appointment of a federal or state judge who was delayed in this way,” Alfieri told the Florida Record.

And leaving the position open for another six months would have real effects on the state’s justice system, he said.

“To the extent that there's a federal or state constitutional and legislative design for one or more branches of government, it's fairly foreseeable that understaffing that branch is going to create inefficiencies for the entire system,” Alfieri said.

Scores of other qualified African-American and Afro-Caribbean attorneys could have also been put forward as finalists in the selection process, he said.

“One would hope that the governor would enlarge his appointment of African-American jurists, given that breadth and expertise of the black bar and bench in Florida,” Alfieri said, “rather than stir a small tempest over this particular distinguished jurist.”

Judge Francis has a similar textualist judicial philosophy as the governor and other finalists. But she could still represent the interests of the state’s black community well, he said.

“Like other ethnic and racial minority communities, the African-American community in Florida is not monolithic,” Alfieri said. “... That does not mean there aren't points of consensus and unity, but there are a wide spectrum of perspectives and ideas on the civil and criminal justice system in the black community, as in any community.”

The list of nine finalists approved by the JNC were sent to the governor on Jan. 23. DeSantis has 60 days to choose two from the list to fill the vacancies.

The Governor’s Office declined to say whether Francis’ inability to immediately serve on the high court would be a problem.

“Governor DeSantis is in the process of reviewing all applicants put forth by the JNC,” a spokesman said in response to a query from the Record.

Others familiar with the process to fill vacancies on the high court would not speak for attribution. But the Record learned that there are no provisions, statutes or rules baring the JNC from naming a candidate who won’t meet the qualifications until after the nomination.

The practice, however, is not common, but in the past, some nominees appointed by Florida governors have had a lag time between the appointment announcement and their taking office.

And those familiar with the process argue that any of the finalists would make an effective justice.