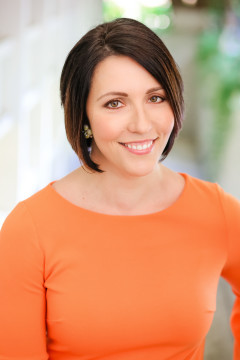 TALLAHASSEE — Lake Mary attorney Erin Nicole Lockhart has been suspended following a Dec. 24 Florida Supreme Court order over allegations she mishandled her client trust account, according to a recent announcement by The Florida Bar.

"Between 2016 and May 31, 2019, Lockhart operated her own law firm and maintained a law office trust account," the state bar said in its Jan. 31 announcement of the discipline and the Supreme Court's order. "A bar audit revealed that Lockhart failed to maintain the required substantial minimum in her firm's trust account."

The audit turned up numerous technical violations, but no evidence of misappropriation, the announcement said.

"Lockhart now works at a law firm where she has no trust account maintenance responsibilities," the announcement said.

In its two-page order, the Supreme Court suspended Lockhart for 30 days, to be followed by automatic reinstatement and one-year probation. The court also ordered Lockhart to pay almost $5,089 in costs.

Lockhart's suspension was effective 30 days from the date of the court's order to allow her time to close out her practice and protect her existing clients' interests, according to the high court's order.

Florida court orders are not final until time to file a rehearing motion expires. Filing such a motion does not alter the effective date of Lockhart's suspension.

Lockhart was experiencing significant personal and family medical issues during the audit period, made good effort to make restitution, cooperated fully during the disciplinary proceeding and has expressed remorse, the consent judgment said.