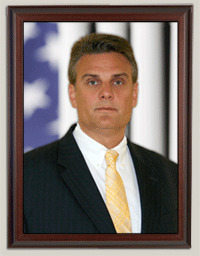 TALLAHASSEE — Daytona Beach attorney Brett Hartley has been disbarred following a Jan. 23 Florida Supreme Court order over allegations that included using his trust account to operate an adult entertainment business, according to a recent announcement by The Florida Bar.

"Hartley misappropriated funds from multiple clients and then made intentional misrepresentations to presiding judges in order to conceal what he had done," the state bar said in its Jan. 31 announcement of the discipline and the Supreme Court's order. "Hartley also neglected client matters and failed to properly assure that his clients' interests were protected when he was indefinitely suspended from the practice of law in a previous matter."

In its two-page order, the Supreme Court approved the uncontested referee's report filed in the matter before disbarring Hartley and order him to pay almost $13,389 in costs. The court also ordered Hartley to make to full restitution to the state bar's clients' security fund, for all payments made on claims due to his alleged misconduct.

Hartley was already suspended, which meant his disbarment was effective immediately.

Florida court orders are not final until time to file a rehearing motion expires. Filing such a motion does not alter the effective date of Hartley's disbarment.

In December 2018, the state bar petitioned for Hartley's emergency suspension after he allegedly misappropriated client funds and abandoned his law practice. The Supreme Court issued its order the same month to suspend Hartley.

He also had been suspended the previous August after he was found in contempt during the state bar's investigation into his trust account.

The audit of his trust account, among other things, found that Hartley had used the account as a business operating account for Flash Dancers, the adult entertainment night club in Jacksonville that he owned, according to the referee's report.

Hartley admitted in August 2018 to using the account as a Flash Dancers operating account "because he was unable to locate a financial institution that would permit him to open a business checking account for an adult entertainment nightclub," the referee's report said.