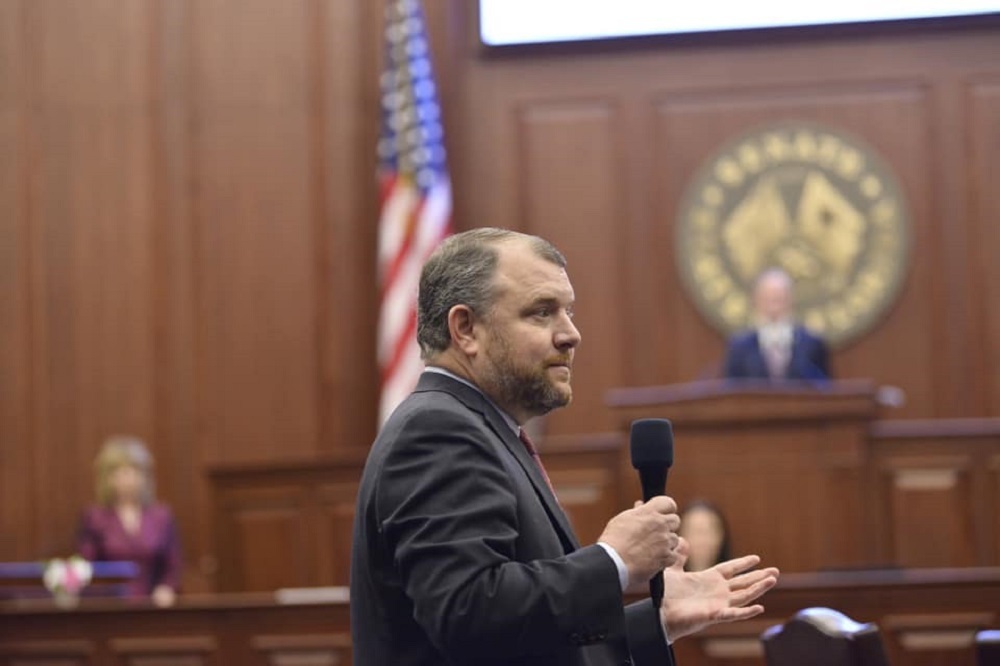 A bill that would draw a line in the sand to stop local governments in Florida from banning certain types of sunscreen passed the state Senate Jan. 22 on a 25-14 vote.

Senate Bill 172, sponsored by Sen. Rob Bradley (R-Fleming Island), would bar local governments, such as the city of Key West, from regulating over-the-counter pharmaceuticals or cosmetics.

Key West voted to ban sunscreens containing the chemicals oxybenzone and octinoxate last year because some studies show these substances are harmful to the coral reef environment in southern Florida. Last month, a National Oceanic and Atmospheric Administration scientist, Cheryl Woodley, wrote a letter to the city affirming that “research documenting the toxicity of oxybenzone on corals and other aquatic organisms is extensive, and the number of new peer-reviewed papers is growing.”

But Bradley and other opponents of the Key West ordinance have argued that concentrations of the chemicals in the ocean are not usually high enough to cause environmental damage. Such local ordinances could also dissuade people from using effective sunscreens, thereby increasing skin cancer risks, they argue.

“We can’t be wrong,” Foote told the Florida Record. “It’s the old adage ‘Better safe than sorry.’ This reef is a huge economic engine and a huge environmental treasure.”

Foote expects a similar bill in the House to also come up for a floor vote soon.

“We're hopeful that the governor will recognize, like he did last year with the (local ban on) plastic straws, there's really no compelling interest for the state in interfering with Key West taking steps to protect the reef,” she said.

A lot of state and federal funds have been spent to protect the reef in southern Florida, according to Foote, and that investment needs to be safeguarded.

But research by the legislature’s Office of Program Policy Analysis and Government Accountability recently concluded that sunscreens are not the only source of oxybenzone and octinoxate. They can also come from the leaching of plastics and paint on ships, the office reported.

“Setting aside the effects of these chemicals, a number of stressors would continue to affect corals, including natural threats such as hurricanes and increases in average ocean temperatures, air pollution and land-based pollution,” the office said in a report.