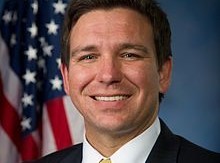 The legal wrangling over the meaning of Amendment 4, the ballot measure that granted Florida nonviolent felons the right to vote once they fulfill the terms of their sentences, will continue into the new year.

U.S. District Judge Robert Hinkle on Dec. 19 issued a decision allowing plaintiffs in the case of Kelvin Leon Jones et al. v.  Ron DeSantis et al. to register to vote. But the decision temporarily prevents felons from actually voting, even if they show they are unable to pay legal obligations related to their convictions.

Hinkle issued the partial stay of a previous injunction he issued supporting the plaintiffs’ voting rights. The partial stay will be in place pending an appeal by Gov. DeSantis to the 11th U.S. Circuit District of Appeals.

DeSantis signed state legislation earlier this year that requires nonviolent felons to pay all fees and fines associated with their convictions before they can vote. Critics and the plaintiffs, however, objected to that requirement, with some characterizing it as an illegal poll tax.

The Governor’s Office outlined the reasoning for its legal actions in an email to the Florida Record.

“Once a nonviolent felon completes all terms of their sentence, including the payment of fines, fees and restitution associated with their sentence, the governor believes only then should their voting rights be restored,” Cody McCloud, a spokesman for the governor, said. “Of course, this does not pertain to felons convicted of murder or felony sexual offenses.”

State officials are trying to overturn an Oct. 18 decision issued by Hinkle that found the new state law on felon voting conflicted with Amendment 4. Eligible Florida felons who have served their time but are still unable to pay associated fees and fines cannot be barred from the ballot box, according to the October ruling.

Even if the appeals court sides with the governor’s position, the names of felons who have registered to vote can still be removed from voter rolls without excessive burden, Hinckle said in his Dec. 19 decision.

Allowing felons to register will preserve their right to vote in the March presidential primary, in the event Hinckle’s Oct. 18 ruling is upheld on appeal, according to the judge’s most recent decision.