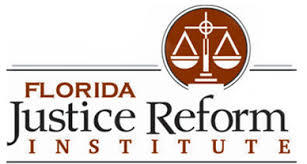 TALLAHASSEE -- Legal reform advocates will be pushing strongly for legislation that limits the amount of damages a personal injury victim can receive, what is being called "Truth in Damages," where a plaintiff's medical expenses are calculated on billed prices.

Advocates argue that the billed price often bears little relationship with the actual medical costs claimed, given there are often negotiated rates between plans and providers, and schedules under Medicare and Medicaid.

"The Florida Justice Reform Institute is looking forward to legislative policymakers tackling the issue of accuracy in damages in 2020," according to William W. Large, president of the civil justice reform group. "It is about time juries hear the true cost of past medical procedures, not inflated costs through the use of letters of protection.”

Proponents of the bill argued it was important because Florida has the highest tort system costs among U.S. states as a percentage of state gross domestic product, at 3.6 percent. The bill's authors calculated that the costs average $4,442 for each Florida household.

However, a Florida personal injury firm that could be negatively impacted by the reform, Schulman Law Group, had this to say in a blog post: "One of the faults of attacking the victim rather than the health care provider is that if a jury is not permitted to compensate a personal injury victim with the full amount they are charged, the victim/patients are still obligated to pay their doctor the amount they are charged."

Although tort reformers have celebrated a number of successes in recent years in the continuing battle to reduce excessive litigation and costs passed on to consumers, they will also be working on a cap on non-economic damages, such as pain and suffering, reinstated in medical malpractice cases.

Under the new statute, attorney fees are limited if the difference between a court judgment and any pre-suit settlement is at least 50 percent. Further, if it is less than 25 percent of that disputed amount, the insurer could be entitled to attorney fees.

Prior to AOB reform passing, homeowners who assigned the work of pursuing a case with contractors, particularly involving flood damages, ended up encouraging court action over minor disputes, a scenario some attorneys exploited to have their fees paid by insurers.