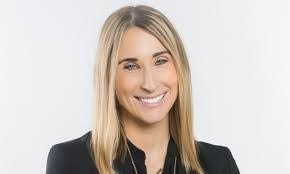 MIAMI -- A federal judge has denied class certification in an action against the manufacturer of refrigerators built into many of the country's recreational vehicles (RVs).

In what may be the end of a long-running legal action, a judge for the U.S. District Court Southern District of Florida it was simply not feasible to identify the members of the class.

The lawsuit alleged Dometic manufactured defective products that led to "excessive corrosion" of its boiler tubes, which, as a result, could catch fire. The class claim, on behalf of every customer who bought one, was that they overpaid at point of purchase.

However, without delving into any other of the standards for class certification, Judge Robert N. Scola, of the Southern District of Florida, ruled that it failed the "ascertainability" test, that is there was no "administratively feasible" way of identifying class members.

Dometic sold the refrigerators to the RV makers and dealers, and, therefore, had no involvement in the sale to the consumer, he ruled.

Erica Rutner, a partner in Lash & Goldberg LLP’s Miami office and one of the lead defense lawyers on the case, said had the action moved forward, it would have involved small amounts of money for each member, but potentially $1 billion in total. She noted that the judge did appear to be somewhat frustrated when delivering his opinion and finding that the action did not even pass the "ascertainability" test.

"I would say this is near finality," Rutner told the Florida Record, although adding there is nothing stopping an unnamed member of the class taking action. However, Rutner added, the U.S. Supreme Court has found that in such cases involving class actions "substantial deference" should be given to previous rulings.

On the action itself, Rutner said, "Our position is there was no evidence through a year of discovery of any actual damage caused by alleged defects."

A previous suit against the company was dismissed by summary judgment after it was dound that the plaintiffs did not have standing as they were unable to prove any damage or injury.

Rutner believes the ruling could have some influence over future class actions, making them harder to proceed, particularly if members are all purchasers of a particular product where the manufacturer is the target  and it holds no record of sales.