“The public has a right to know,” Bradley told the Florida Record.

Authored by Florida Sen. Greg Steube, Senate Bill (SB) 560 expands exemptions from public meeting requirements to allow entities to meet in private with an attorney to discuss imminent litigation, but would require a transcript of the meeting eventually be made ppublic under certain circumstances. 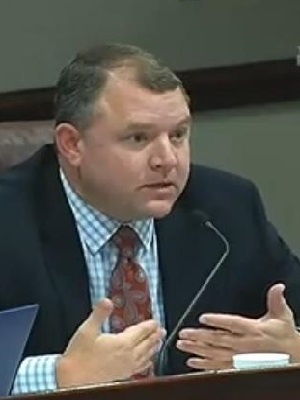 The bill, which passed 9-1 on Nov. 14 in a judiciary committee vote, goes for further discussion to an oversight and accountability committee. The legislation could become effective July 1, 2018.

Imminent litigation is defined as a party receiving notice of a claim made by another party threatening litigation in a court or administrative agency.

According to a Florida Senate bill analysis report, for a meeting to be legal, an attorney must identify at a public meeting the name of the potential litigant. If the litigation does not occur, a transcript of the private meeting would be made public after a reasonable amount of time or expiration of a statute of limitations.

Florida's Sunshine Law requires meetings of boards and commissions, state and local agencies and authorities, at which official acts are taken, to be noticed and open to the public. However, there are exemptions if they accomplish the stated purpose of the law.

In 1998 the Florida attorney general rendered an opinion that an exemption to discuss pending litigation did not apply if no lawsuit had been filed. The intent of SB 560 is to extend the exemption to provide the ability for a party to have discussions with an attorney beforehand giving a greater opportunity to settle a case (before trial) and thus save costs and legal fees.

“If the client and attorney could meet and reach a settlement before a case is initiated, it could significantly reduce the billable hours the attorneys will have in the case as well as discovery costs,” the legislative analysis said. Thus, the analysis said, the bill would allow a private party to settle with a government agency without resorting to costly litigation.

A majority of the state Senate agreed except for Bradley, the lone “nay” vote. He said he made his vote in favor of public openness in the process.

“The public’s right to know keeps government accountable,” he said.

Bradley added that during discussions of the proposal he did not hear a enough good reasons for enlarging the exemption conditions.

“I didn’t hear a compelling argument to change the status quo,” he said. “So I voted in favor of transparency.”