Florida bills aim to compensate police, other first responders who suffer PTSD in line of duty

According to the Florida League of Cities, HB 227 and SB 376 would make PTSD compensable if the injury meets the criteria for PTSD. SB 126 and HB 629 would provide compensation for a mental injury if it has been demonstrated by a preponderance of evidence. (Source)

The bills are all subject to revision and have yet to be passed. 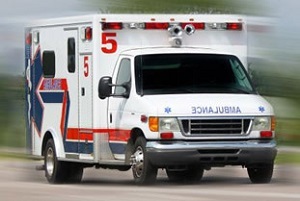 Eddinger added “Proposed SB 376 would broaden the exception for first responders, allowing indemnity and medical benefits to be paid for a mental‐mental injury provided that the mental or nervous injury resulted while the first responder was acting within the course of employment and ‘witnessed a murder, suicide, fatal injury, or child death or arrived on a scene where mass casualties were suffered, the first responder begins mental health treatment within 15 days after the incident … the mental or nervous injury is demonstrated by clear and convincing medical evidence by a licensed psychiatrist to meet the criteria for post traumatic stress disorder.’”

Eddinger wouldn’t speculate on the likelihood of any of the bills passing.