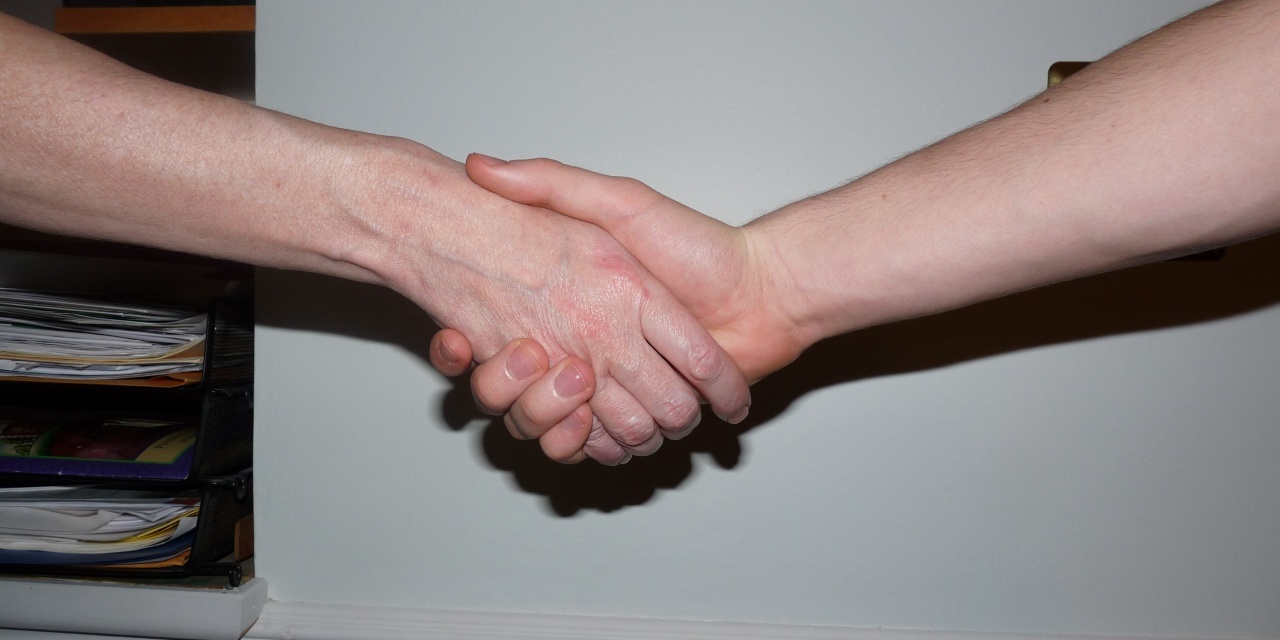 What might be termed a grip-and-grimace lawsuit will go to trial in Palm Beach this spring to decide whether a 2004 handshake between two attorneys led to years of pain and medical treatments for one of them.

George Vallario Jr. of Delray Beach is suing a Peter Lindley, a south Florida attorney who practices corporate and real estate law, for pain and suffering resulting from a handshake three years ago.

“He shook my hand with such force – maybe he had a new workout routine,” Vallario, who plans to represent himself during the trial scheduled to begin in mid-May, told the Florida Record.

The two attorneys had been friends for several years when they saw each other in February 2014 at a birthday party for two young children in Boca Raton, Vallario said.

Lindley, who is approximately 16 years younger than the 76-year-old Vallario, then “grabbed the plaintiff’s right hand without any reason, provocation or warning of any kind, with such negligent force and strength that the plaintiff immediately shouted out that he was in severe pain … .” Vallario’s complaint says.

Vallario said he woke at 2:20 the next morning with the worst pain he had ever felt and has been living with pain every day.

“When I’m at church, I have to use my left hand to pass the basket around,” he said.

Vallario said he sent text messages to Lindley to tell him about the pain that resulted from the handshake, but received no response.

“No flowers, no candy, no cards – what a friend you are,” he said he wrote in a text.

Lindley had little to say about the case and upcoming trial. “It’s kind of ridiculous, actually,” he told the Record, adding that he was looking forward to being vindicated in court.

In court documents, Lindley acknowledged that he did shake hands with Vallario at the birthday party but rejects the accusation that the handshake caused the plaintiff any injuries. He suggested that the Record check with other circuit courts to see if any case involving negligent handshakes had ever been filed.

Newspaper articles have reported on a few such cases in recent decades. A Utah elementary school teacher sued an angry parent in 2001 after the parent allegedly shook the teacher’s hand so hard that she had to undergo a series of surgeries to repair her injuries. The parent was allegedly upset about her son's grades. In 2008, a Tennessee woman filed a half-million-dollar lawsuit against a restaurant manager over a handshake that the plaintiff described as “crushing.”

Lindley, who practices in Boca Raton, has a background that includes corporate law, securities law, property acquisitions and title issues. He is also a certified public accountant in Florida.

Vallario said he is asking for approximately $200,000 in damages, but added that if Lindley had apologized early on, that would have been the end of it.

Vallario said he has gone to specialists and endured lost time and suffering as a result of the injury. He was treated by orthopedic doctors three times a week for six months, but the treatment didn’t seem to do much good, he said.

“As a direct result of the defendant’s negligent conduct, plaintiff suffered, and still suffers, bodily injury and resulting pain and suffering, disability, mental anguish, disfigurement, loss of capacity for the enjoyment of life, medical care and nursing care and treatment and aggravation of a previously existing condition,” Vallario’s court complaint says. He said he is also unable to remove the cap off of a tube of toothpaste, and though he is able to write with his right hand, he doesn't do it as well as he’d like to.

The trial has faced some delays over the past year, and at one point Lindley sought to be excused during a scheduled trial period because he had to undergo a hip replacement surgery in September.

“Being the man I am, I sent him two get-well cards,” Vallario said.

Vallario’s losses as a result of the encounter are either permanent or continuing, he said in court documents, and he expects to suffer additional losses in the future.

Want to get notified whenever we write about The Florida Law Group ?

Sign-up Next time we write about The Florida Law Group, we'll email you a link to the story. You may edit your settings or unsubscribe at any time.