TALLAHASSEE – Gov. Rick Scott's appointment of a conservative appeals court judge from Winter Park is good news for business owners, an advocate said during an interview shortly after the governor's pick was announced earlier today.

"There is, perhaps, a light at the end of the tunnel so far as Florida business and the state judiciary," National Federation of Independent Business Executive Director for Florida Bill Herrle said during a Florida Record telephone interview. 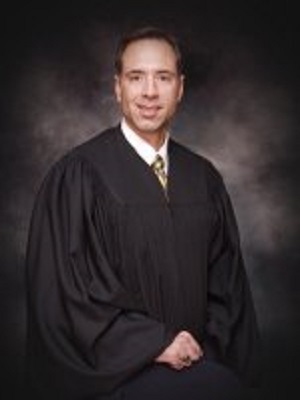 Gov. Scott announced this morning his appointment of Alan Lawson, chief judge on the 5th District Court of Appeal, to the state's highest court. Lawson will be taking the seat vacated by Justice James E.C. Perry. Perry, who is 71 and known for his more liberal opinions on the court, has reached the mandatory retirement age and will be stepping down at year's end.

Lawson was one of three finalists selected late last month by a nominating commission controlled by the governor. The other two who Gov. Scott considered were Lawson's fellow judge on the 5th District Court of Appeal, Wendy Berger, and Daniel J. Gerber of Rumberger, Kirk and Caldwell's Orlando office. Both Lawson and Gerber previously were nominated in 2009 when then Gov. Charlie Crist appointed Perry.

“Justice Lawson has gained incredible experience on issues ranging from civil law to appellate cases to adult drug court," the governor said in a press release. "His breadth of experience and knowledge of our state’s judicial system is an asset that will undoubtedly benefit Florida’s highest court.”

The governor's choice of Lawson also is good news for the state judiciary, Florida Justice Reform Institute President William Large said in a statement emailed to the Florida Record. "Governor Scott's appointment of C. Alan Lawson as the 86th Justice to the Florida Supreme Court is a reaffirmation of our system of checks and balances between the three branches of government," Large said.

NFIB for Florida did not make a recommendation from among the three because all three nominees were well-qualified for the seat, Herrle said.

"We were confident that the governor would make a wise choice and he did," Herrle said.

Florida needs good representation to help the state put behind it some very dark legal times, Herrle said. Gov. Scott's appointment of Lawson comes the day after the release of American Tort Reform Association's latest Judicial Hellholes list, which ranked Florida's Supreme Court and the southern part of the state in 4th place. The ATRA listed Florida Supreme Court decisions that increased workers’ compensation costs among the reasons why Florida remains in the top five on the Judicial Hellhole list.

"The impact of that was not just on the plaintiffs," Herrle said. "Every employer in the state was impacted by that."