TAMPA --  The company behind the popular PODS has recently settled a trademark dispute with U-Haul International Inc. for alleged trademark infringement.

The suit was filed against U-Haul in 2012 by PODS Enterprises LLC who won a jury verdict in September 2014. The trial took place in the U.S. District Court in Tampa and ended with PODS Enterprises winning $60.7 million in the verdict, which came after a two-week trial and three days of deliberations. PODS Enterprises entered an agreement with U-Haul International Inc. on Oct.10 in which U-Haul agreed to pay $41.4 million to the Clearwater-based PODS Enterprises. 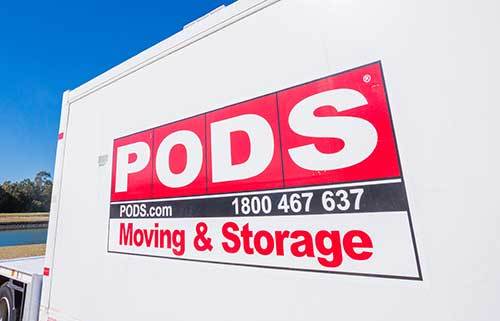 PODS Enterprise alleged that U-Haul began using the word “pods” in 2010 in order to draw potential clients who search for the PODS brand to their U-Haul site. When the suit was brought against U-Haul in 2012, the initial claim was that the company used the words “pod” and “pods” in order to advertise their own U-Box product, which is a competitor to the products of services of PODS Enterprises. This and other implications are what contributed to the jury awarding the $60.7 million verdict, with a large bulk of the award going toward corrective advertising.

Deborah Gerhardt, who is an associate professor at the UNC School of Law and has written leading articles in trademark and copyright law, said that both companies had strong trademark arguments, which led to a clash of principles.

“From the perspective of U-Haul, they more than likely saw the use of the word 'pods' and saw that people in their industry were using it as a synonym for storage blocks," Gerhardt told the Florida Record. "Although their competitor already had a trademark, they felt that since the word had become popular, customers would think of the product in general instead of the particular brand, which is a defensible argument. On the other hand, PODS market niche depended upon having exclusive use of that name brand. Knowing that word being used as a generic synonym would cause them to lose distinctiveness in the marketplace, so they had to protect their main asset.”

Gerhardt said that trademark disputes are quite common and similar cases are important for business and companies trying to maintain value in their industries.

“Businesses must be careful when it comes to policing use of their name by others trying to turn their distinctive brand into a generic word.” Gerhardt said. “This is why PODS knew they had to file this case before they began to lose the value of their name.”

Gerhardt also said it is important for small companies to know their rights when it comes to trademark law and potential infringement.

“This may not be the same case for a David vs. Goliath situation, but one thing this says for small business is that it's important to creative you're own distinctive trademark and be sure to protect it.” she said.

With the settlement being awarded to PODS Enterprises, the Clearwater firm can continue to distinguish its brand from the competition. This case is the third time PODS has defended its trademark through the federal judicial system with success.