BRADENTON, FLORIDA – Bradenton mayoral candidate Warren Merriman was convicted of petit theft in February 2015 and ordered to serve three months of probation after being fired from the Brandenton Police department. With the election date of Nov. 8 drawing near, Merriman must also prepare for a disciplinary hearing that is scheduled for Nov. 3, which may lead to the former deputy chief's law enforcement certification being either suspended or revoked. 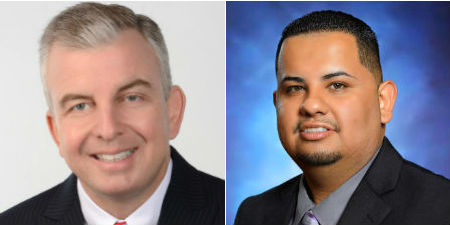 “When we have someone who is trying to be elected as the ultimate chief of our city, we must question whether this person is the most ethical, and who is the most qualified when we have a history of negligence,” Zalazar told the Florida Record regarding the situation facing his opponent. “Not to mention that we have officers on that force who have gone through similar allegations. If he were to be elected, what type of relationship would he have with the police department?”

The charges and complaints brought against Merriman derive from him receiving pay for hours he did not work during an off-duty detail at McKechnie Field. It was alleged that he left early in order to attend a tennis match and had a subordinate cover the remaining hours. The allegations in question led to Merriman not only being fired from his deputy chief position with the Brandenton police department, but also serving three months of probation after being found guilty of one count of petit theft.

“At the end of the day, to me, if you're not guilty of the allegations, then you fight it until the very end.” said Zalazar in regard to his opponent's conviction. “But obviously, there was something he felt he was guilty of because instead of fighting it, he decided to move forward, serve the probation and come to an agreement.”

Zalazar Jr. also feels that other issues within the community regarding the police department, in addition to the accusations against his opponent, are a concern for voters. Specifically, he believes that the transparency is the key in having the community be able to trust, as well as cooperate with, the local police department.

“We need transparency. When the NAACP requested records regarding the amount of black people who were issued traffic situations, the numbers where skewed.” Zalazar said. “Whether it was intentional or not has yet to be decided. However, the chief of police never went on record to apologize. We have a lack of transparency, so my mission is to work with the police department to assure that transparency happens.”

With Merriman's hearing as well as the election coming soon, the fate of the mayoral candidate is uncertain.

Want to get notified whenever we write about City of Bradenton ?

Sign-up Next time we write about City of Bradenton, we'll email you a link to the story. You may edit your settings or unsubscribe at any time.