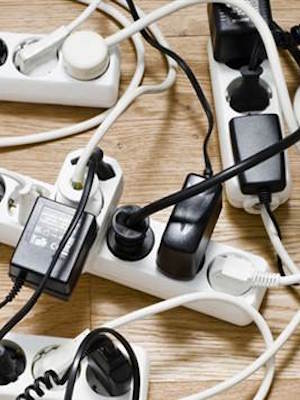 Illinois-based Voltstar Technologies, doing business in Palm Beach County, alleges that the defendant infringed upon their patent entitled “Charger Plug with Improved Package Electrical Charger.” According to claim, the charger plug was issued a U.S. patent on May 5, 2015, and the plaintiff obtained all rights to the design in May 2008.

The patent relates to a charger that it is connected between a source of AC power and a device that includes a battery rechargeable through the use of DC power. The plaintiff alleges that the defendant used the patent to sell products in a way that constitutes direct and indirect violation of U.S. Patent Laws.

Voltstar Technologies seeks damages sufficient to compensate for the alleged infringement (in no event less than a reasonable royalty), an award of costs and a trial by jury. They are represented by Jerold I. Schneider, Joel B. Rothman and Diana F. Mederos of Schneider Rothman Intellectual Property Law Group PLLC in Boca Raton.

Want to get notified whenever we write about Voltstar Technologies ?

Sign-up Next time we write about Voltstar Technologies, we'll email you a link to the story. You may edit your settings or unsubscribe at any time.