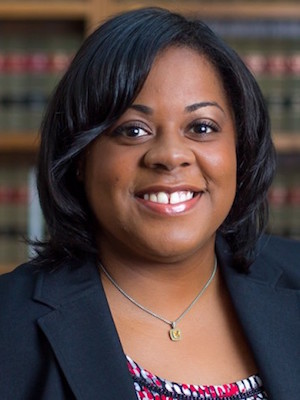 TALLAHASSEE — Gov. Rick Scott announced on Jan. 8 that Joni Poitier will be the newest member of the Florida Elections Commission.

Poitier will join the commission in its efforts to keep the Florida election process ethical and clear to the public. The agency is composed of nine commissioners and its staff working with the Department of Legal Affairs. Poitier hopes to bring her litigation experience and involvement in the Jacksonville community to the commission.

“As a former prosecutor and current civil litigation attorney, I am experienced in investigating and evaluating cases to determine whether the evidence comports with the requirements of the law,” said Poitier.

“Additionally, I served as a member of the Jacksonville Civil Service Board which hears and determines complaints and grievances by employees and employers concerning alleged violations of civil service rules or regulations with respect to hiring and promotion. My professional experiences, as well as my personal ones, will aid me in my responsibilities as a commissioner.”

Poitier is an associate with the Jacksonville law firm of Mosley Prichard Parrish Knight & Jones, working on civil actions ranging from cases of negligence to class action lawsuits. In additional to her legal work, she serves on the board of directors for Family Foundations of Northeast Florida Inc. Poitier will now add commissioner to her resume as she adds her perspective to the long history of the Florida Elections Commission.

The commission was formed in 1973 by the Florida Legislature as a way to enforce campaign financing provisions, which were previously regulated by a 1951 law known as the “Who Gave It Who Got It” law. The modern legislation added more reporting requirements as Florida elections have become more nuanced with more committees and additional procedures.

“The commissioners are the head of the agency and act as quasi-judicial officers in their ability to adjudicate cases.  As a commissioner, I will have an integral part in ensuring transparency in Florida’s elections and upholding the law,” said Poitier.

“The role of the Florida Elections Commission is to ensure transparency in Florida's elections.  The Florida Elections Commission is the administrative agency charged with enforcing Chapters 104 and 106 of Florida's Election Code.  To that end, it investigates cases initiated by either a sworn complaint or from information reported to it by the Division of Elections to determine if a violation has occurred.”

The governor appoints all members except the chair, a role currently held by Commissioner Scott Thomas. Poitier begins her 2016 term immediately and will serve until Dec. 31, 2019.

"As an attorney and member of this community, I am most passionate about equal justice under the law and making a positive impact on the community.  Regardless of race, religion or personal beliefs, we should all be treated fairly under the law and we should respect and understand the laws that govern us all,” Poitier said.