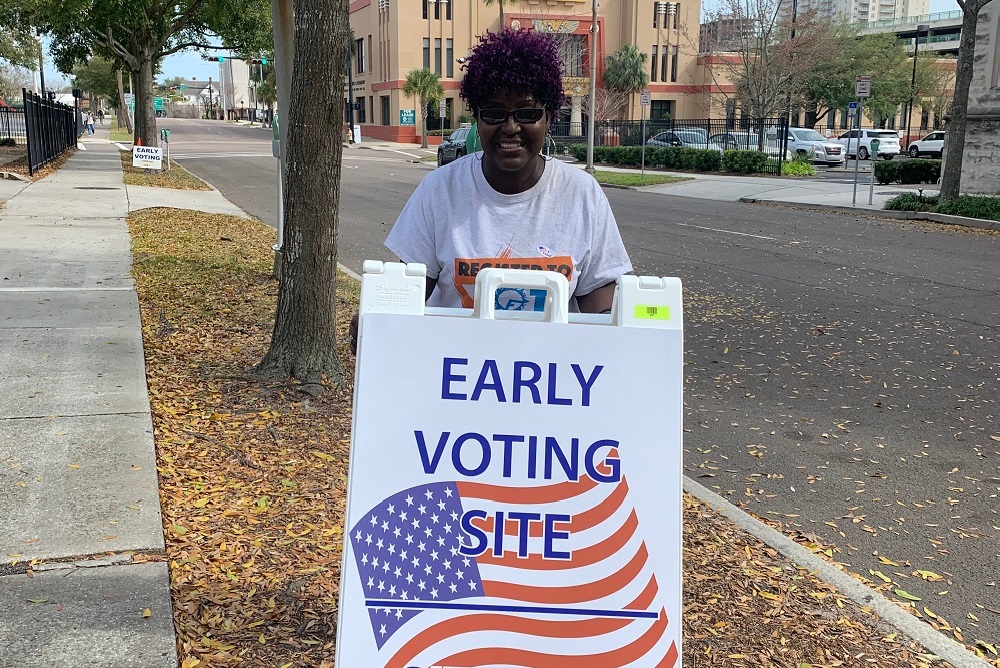 Florida Gov. Ron DeSantis has lost another round in his legal battle to bar felons from voting who have served their time but are unable to pay all court-mandated fines and fees.

One of the plaintiffs challenging the governor’s position in a case before the U.S. Court of Appeals for the 11th Circuit was allowed to vote in the state’s presidential primary election that took place last week.

An 11th Circuit three-judge panel earlier this month rejected DeSantis’ motion to stay a previous action allowing plaintiffs to vote in this month’s primary election. The plaintiffs argued they qualified to vote under a 2018 voter initiative granting voting rights to felons who were not convicted of sexual crimes or murder, provided they served their sentences.

In a March 2 opinion, three justices said the governor’s arguments, including the idea that states could punish based on wealth rather than culpability, likely would not prevail.

“We remain unpersuaded because Appellants have not made a strong showing of likelihood of success on the merits,” the decision states.

In the wake of Florida voters adding Amendment 4 to the state constitution in 2018, the state legislature passed and the governor signed Senate Bill 7066, which required that felons must pay back all legal financial obligations (LFOs) and restitutions, as well as serve their sentences, before they can legally vote in the state.

A legal challenge to that law, which has been waged by the Southern Poverty Law Center (SPLC) and other groups, argues that requiring felons to pay their LFOs in full as a condition to restore their voting rights amounts to a modern-day poll tax and is unconstitutional.

“We are glad that the court has essentially reaffirmed its decision that SB 7066 is an unconstitutional law that further penalizes poor people simply because they cannot afford to pay what, in our clients’ case, amounts to thousands of dollars in LFOs,” SPLC attorney Nancy Abudu said in a recent statement to The News Service of Florida.

An SPLC spokesman told the Florida Record that the center’s clients’ case has been combined with three other pending cases and that the 11th Circuit is expected to reexamine the felon voting issues en blanc this spring.

“I know that one of the two clients we have in our case … (could not) vote Tuesday because she’s registered independent, and only party members can vote in the presidential selection process,” the spokesman told the Florida Record in an email. “... But our client Sheila Singleton voted early in the primary on March 3.”

The outcome of the case before the full 11th Circuit will determine whether voting rights will be restored to up to 1.4 million Floridians who may be covered by Amendment 4.

Want to get notified whenever we write about U.S. Court of Appeals for the Eleventh Circuit ?

Sign-up Next time we write about U.S. Court of Appeals for the Eleventh Circuit, we'll email you a link to the story. You may edit your settings or unsubscribe at any time.

U.S. Court of Appeals for the Eleventh Circuit