Legislation that would preempt local 'rights of nature' awaits DeSantis action, as Orange County voters take it up in November 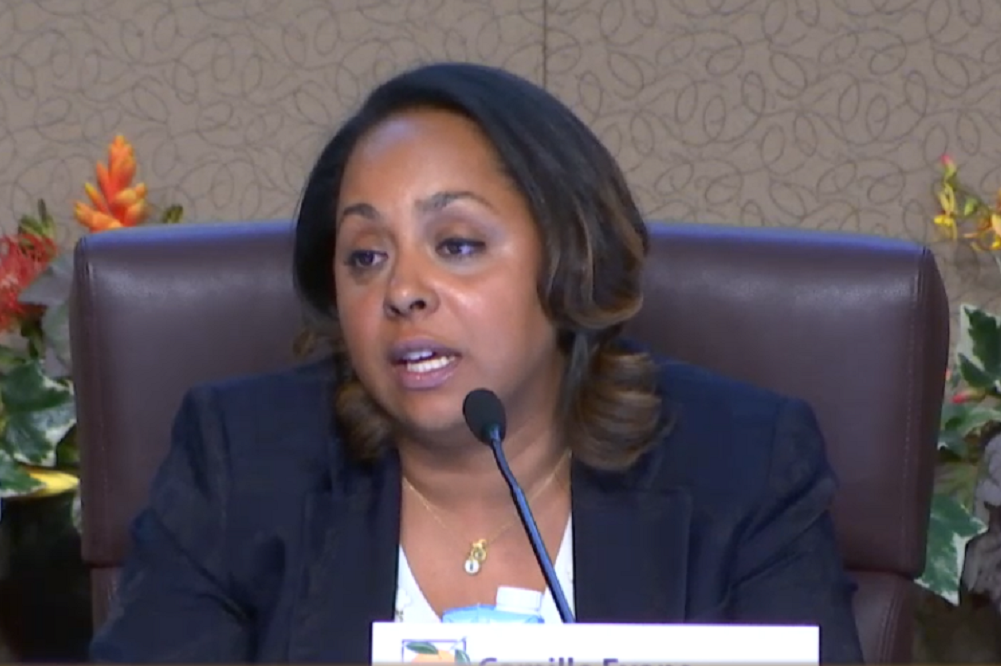 TALLAHASSEE - The Florida legislature and Orange County appear to be on a collision course over the issue of granting legal “rights” to elements of nature such as rivers and trees.

Legislation titled the “Clean Waterways Act” is now on its way to the desk of Gov. Ron DeSantis after receiving unanimous approval in the Florida House this week. If signed into law, the measure would preempt local municipalities and other agencies from bestowing so-called “rights of nature” to elements that make up the natural environment, such as bodies of water and trees.

House Democrats supported the measure even though the Florida Democratic Party passed a resolution at its 2019 state convention supporting such natural rights.

“We resolve to adequately protect our waters, we support communities’ rights in reclaiming home rule authority and recognizing and protecting the inherent rights of nature, as we have done for corporations, as a reflection of our shared values and interests,” the resolution reads.

Critics have raised the red flag over this effort, fearing that it would give environmentalists another tool to stop activities they do not agree with and lead to a wave of civil lawsuits in Florida over property rights and related issues.

But those arguments didn’t stop the Orange County Charter Review Commission from voting 9-to-5 to put before voters a charter amendment proposing “rights of nature” status for the Wekiva and Econlockhatchee rivers, as well as other natural bodies of water countywide. Voters would have to approve the plan this November before the rights would be conferred.

The commission voted to put the measure on the ballot despite a February decision by a federal judge in Ohio to reject a similar Toledo measure called the Lake Erie Bill of Rights as unconstitutionally vague.

The subcommittee that drafted the Orange County measure made some modifications to address points made by U.S. District Judge Jack Zouhary in the Ohio decision, but the chair of the Charter Review Commission, Camille Evans, voted against putting it before voters.

“Our general counsel didn’t necessarily think that there was 100 percent confidence that the current language would pass legal muster if it was challenged,” Evans told the Florida Record.

Weighing on her vote were legal issues, including potential litigation, and the fact that supporters did not consider Orange County’s current environmental protections. Instead, it put forth language saying the water bodies have a right to exist and to be protected from pollution, in order for the county to foster a healthy environment.

“It was going to be possibly an ineffective tool we knew likely wouldn’t work,” Evans said, adding that the original focus was on protecting the Wekiva and Econlockhatchee rivers before it was extended to all natural water bodies in the county.

The measure has an inequitable side to it as well, she said. That’s because it would allow any Orange County resident to sue a corporation or government entity viewed as contributing to water pollution, but individuals could not be defendants under the measure, according to Evans

Even so, she said the supporters of the measure were well-intentioned.

“Ultimately, the subcommittee decided that they had come up with a draft that they felt would be good enough to be effective if approved by voters,” Evans said.

Another problem with the Orange County measure is that it lacks language on how to prove that a body of water has been restored to its previous state prior to any alleged pollution activities, according to critics.

The proposed charter amendment also contains language stating that the side which prevails in a civil lawsuit would be expected to recover reasonable costs, such as those associated with expert witnesses. But attorney fees would not generally be compensable, according to the measure’s provisions.

It remains unclear if Gov. DeSantis will sign the bill containing the preemption of local rights-of-nature designations, but a spokesman for the Florida Department of Environmental Protection points out that the Clean Waterways Act – Senate Bill 712 – includes recommendations of the state’s Blue-Green Algae Task Force, which DeSantis formed after he took office in January 2019.

“The legislation focuses on remediations and improvements to regulations regarding septic systems, stormwater, wastewater infrastructure and SSOs (sanitary sewer overflows) and agricultural best management practices,” Weesam Khoury said in an email to the Record.

The Florida Chamber of Commerce also supported the legislation, saying that it would lead to substantial water-quality improvements. In a news release, the chamber praised the measure for “eliminating the fringe legal philosophy known as the ‘rights of nature’ movement that could undercut past and ongoing environmental restoration and protection efforts.”