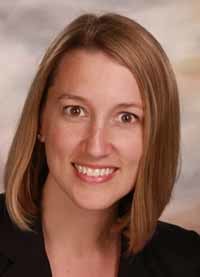 FORT MYERS – The U.S. District Court for the Middle District of Florida has granted a motion to a Collier County couple to remand their case against their insurance company in a dispute over hurricane damage back to a state court.

U.S. District Judge Sheri Polster Chappell ruled Feb. 24 that defendant National Specialty Insurance Co. waited too long to remove plaintiffs Patrick and Elaine Rocca's case from the 20th Judicial Circuit Court for Collier County to the federal court. National Specialty argued in a Jan. 29 motion that the case should be removed because it is a Texas corporation and the plaintiffs alleged damages of more than $75,000. The plaintiffs later filed a motion to remand it back to the state court on the grounds the parties were not diverse and the removal was untimely.

The Roccas were denied their motion asking for attorney fees.

"A perfunctory request buried in a motion to remand that does not articulate an entitlement to fees or identify them – like Rocca’s request here – is not enough," Chappell wrote. "The court finds it more efficient for the parties to litigate the case as one rather than bifurcate the matter.”

The Roccas' November 2019 complaint alleges breach of contract for failing to payout under the insurance policy, Chappell wrote. The Roccas sent a settlement demand email to National Specialty seeking about $90,000 and attaching a roof repair estimate for just over $75,000 on Nov. 27, 2019, the opinion states.

National Specialty said the original email was not clear on the fact the case was removable and it was not aware of this until the Roccas sent a second email that admitted the amount exceeded the $75,000 minimum, Chappell wrote.

"Because National Specialty received the email well over 30 days before removing, the removal was untimely," Chappell wrote.

Even though the court did not rule in favor of the plaintiffs' request to reimburse for the lawyer and court fees, which put the initial request at more than $90,000, the initial estimate of $75,728.35 for the alleged roof damage put the claim just over the minimum for removal.

Chappell wrote that National Specialty did not state the deductible amount or include a copy of the policy.

"As a result, it is unclear how any deductible would have affected the amount in controversy at that time,” the judge wrote.

Want to get notified whenever we write about National Specialty Insurance Company ?

Sign-up Next time we write about National Specialty Insurance Company, we'll email you a link to the story. You may edit your settings or unsubscribe at any time.