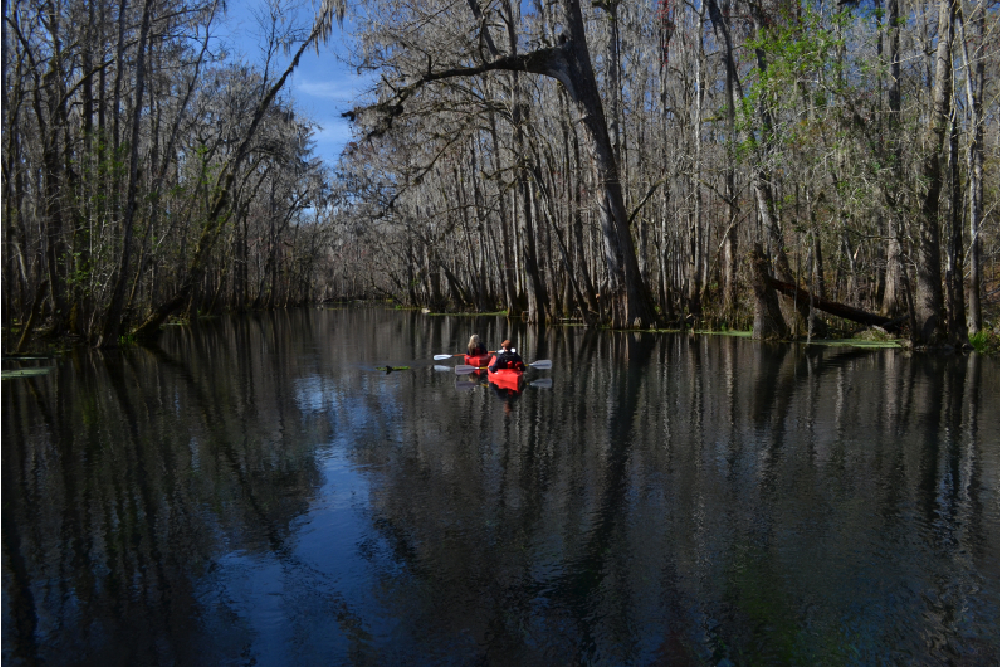 Florida environmentalists are proposing the concept of “rights of nature” to advance their causes in court, but a federal judge in Ohio last week rejected a similar designation for Lake Erie as unconstitutionally vague.

Earlier in February, a Florida Rights of Nature Convention was held at the University of Florida Levin School of Law. And environmental groups have drawn up numerous proposals to assign rights to Florida rivers, including the Santa Fe River near Gainesville.

The idea is to change the legal status of such ecosystems so that the waterways are viewed as a part of the overall community, with rights akin to those assigned to humans. But that would lead to a new wave of environmental lawsuits, according to critics of the concept.

“It would definitely be an opening of a Pandora’s box,” Mark Miller, a senior attorney with the Pacific Legal Foundation’s office in Florida, told the Florida Record. “Property owners - farm owners, for example, in central Florida who are already under siege - would be looking at an avalanche of lawsuits from well-meaning people, many of whom will have contradictory goals. All they’ll do is drive up attorneys’ fees but not really do much to protect waters.”

Miller authored a recent op-ed in which he said, “If the activists succeed, it will erode the only rights courts should recognize — the rights of individuals. That’s why our state legislators should put a stop to their effort.”

On Thursday, U.S. District Judge Jack Zouhary seemed to echo those sentiments when he issued an order for the Northern District of Ohio’s Western Division that invalidated a provision for a Lake Erie Bill of Rights (LEBOR) adopted by the city of Toledo.

“Frustrated by the status quo, LEBOR supporters knocked on doors, engaged their fellow citizens and used the democratic process to pursue a well-intentioned goal: the protection of Lake Erie,” Zouhary wrote. “As written, however, LEBOR fails to achieve that goal. This is not a close call. LEBOR is unconstitutionally vague and exceeds the power of municipal governments in Ohio.”

Fishing in the lake, removing weeds or irrigating a neighboring field could all be interpreted as a violation of LEBOR, according to the judge’s decision.

Apparently sensing the momentum behind similar local proposals in Florida, state lawmakers have advanced bills to preempt “rights-of-nature” ordinances from being enacted. Rep. Blaise Ingoglia (R-Spring Hill) has introduced House Bill 1199, which would prevent local governments from conferring legal rights to any features of the environment.

Miller said that if such rights of nature gained legal status, they would transform judges into the makers of law, since they would have to define and flesh out what the rights are.

“I think there are a lot of people who are upset about environmental degradation, as well they should be, so they’re looking for ways to address how water is managed,” he said. “... A vote to protect water is legitimate, but the question is: Is this the best way to get there?”

Margaret Stewart, director of the Center for Earth Jurisprudence at Florida’s Barry University, says rights of nature would help to curb the short-term economic gains that come at the expense of the natural world through environmental degradation.

“It’s not only the next moral step for the legal system, but it is another method to even out the playing field,” Stewart told the Record.

Efforts to consider establishing rights of nature are popping up around the state, particularly in central Florida, she said.

"Basically, what people are doing is collecting petitions and getting local support for getting things done, but nothing has been adopted or enacted in any way yet” in Florida, Stewart said.

Other nations have adopted such rights, including Ecuador and Bolivia. In addition, New Zealand, the Whanganui River has been recognized as a legal person, with inherent rights and powers. And there are examples of many local rights-of-nature declarations worldwide.

It would be unfortunate if such rights were to lead to an increase in lawsuits, according to Stewart. An ideal outcome would be more clarity about the intrinsic rights and responsibilities of stakeholders in the process and a rebalancing of the interests involving people and the environment, she said.

“This just expands our understanding of our rights in general,” Stewart said. “... It’s not as scary as people think it is.”

Overconsumption and pollution are destroying the natural environment, and human health will suffer as a consequence, she said. Under the rights of nature, judges and courts could ensure that parts of the environment are protected from damage historically inflicted by humans, leading to a more sustainable economy, according to Stewart.

Want to get notified whenever we write about Barry University ?

Sign-up Next time we write about Barry University, we'll email you a link to the story. You may edit your settings or unsubscribe at any time.