Former prosecutor, who testified before U.S. House after 9/11, disbarred for practicing while suspended 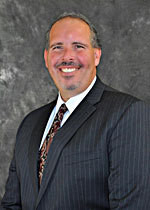 TALLAHASSEE — Kissimmee attorney and former assistant statewide prosecutor Thomas Anthony Sadaka has been disbarred following a Jan. 8 Florida Supreme Court order after he allegedly continued to practice law while suspended, according to a recent announcement by The Florida Bar.

"The court held Sadaka in contempt for failing to notify the courts, opposing counsel and his clients, as required following his suspension," the state bar said in its Jan. 31 announcement of the discipline and the Supreme Court's order. "Sadaka also continued to practice law after he was suspended by sending emails and making representations on behalf of clients and failing to timely take down his law firm website and close his virtual office."

In its two-page order in the two consolidated matters against Sadaka, the state Supreme Court approved much of the finding and recommendations in the referee's report filed in the matter. The high court disapproved of the referee's recommendation that Sadaka be suspended for a year and be required to prove his rehabilitation before he is reinstated.

Instead, the Supreme Court disbarred Sadaka and ordered him to pay almost $6,029 in costs.

Sadaka was already suspended, which meant his disbarment was effective immediately.

Florida court orders are not final until time to file a rehearing motion expires. Filing such a motion does not alter the effective date of Sadaka's suspension.

Sadaka was admitted to the bar in Florida on Jan. 16, 1992, according to his profile at the state bar website.

Sadaka's disbarment follows his indefinite suspension in October 2018 following his conviction on a theft charge.

In September of that year, Sadaka pleaded no contest to grand theft of $20,000 or more, a second-degree felony, for which he was sentenced to 10 years of probation, according to a state bar announcement at the time.

It was in November 2001, while Sadaka was an assistant statewide prosecutor that he testified before the U.S. House Committee on Ways and Means about computer crime and identity-theft prosecution in the aftermath of the Sept. 11 terror attacks.