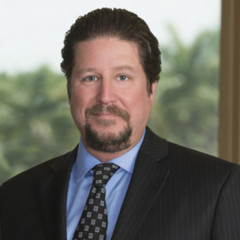 TALLAHASSEE — Plantation attorney Roger S. Rathbun has asked the Florida Supreme Court to reconsider its decision earlier this month to suspend him for three years after he allegedly harassed other attorneys during a pending state bar complaint.

In his nine-page motion for rehearing or reconsideration, filed with the Supreme Court Jan. 27, Rathbun said there are circumstances where his argument was not fully presented during an earlier hearing.

Rathbun claims he has obtained several letters that the court should consider in regard to several mitigating factors for which he was unprepared for at the hearing for sanctions, the motion said.

He is separated from his wife and undergoing counseling for substance abuse issues, the motion said. Rathbun also claims that his house is being foreclosed and that he has not been able to focus on work and has incurred a substantial loss in income due to the possibility of his career ending, the motion said.

"Rathbun sent multiple taunting and harassing emails to opposing counsel and another co-counsel while a bar complaint was pending," the state bar said in its Jan. 31 announcement of the discipline and the Supreme Court's order. "These retaliatory emails were sent over a period of weeks to intimidate and for the purpose of interfering in the bar process."

Rathbun allegedly sent emails to opposing counsel while a state bar grievance was pending "for the sole purpose of intimidation and retaliation against opposing counsels," the referee's report filed in the matter said.

Instead, the high court suspended Rathbun for three years. The court also ordered Rathbun to pay almost $1,554 in costs.

Rathbun's suspension will be effective 30 days from the date of the court's order to allow him time to close out his practice and protect his existing clients' interests, according to the high court's order.

Rathbun was admitted to the bar in Florida on Nov. 20, 2000, according to his profile at the state bar website. Rathbun had no prior history of discipline, according to the referee's report.