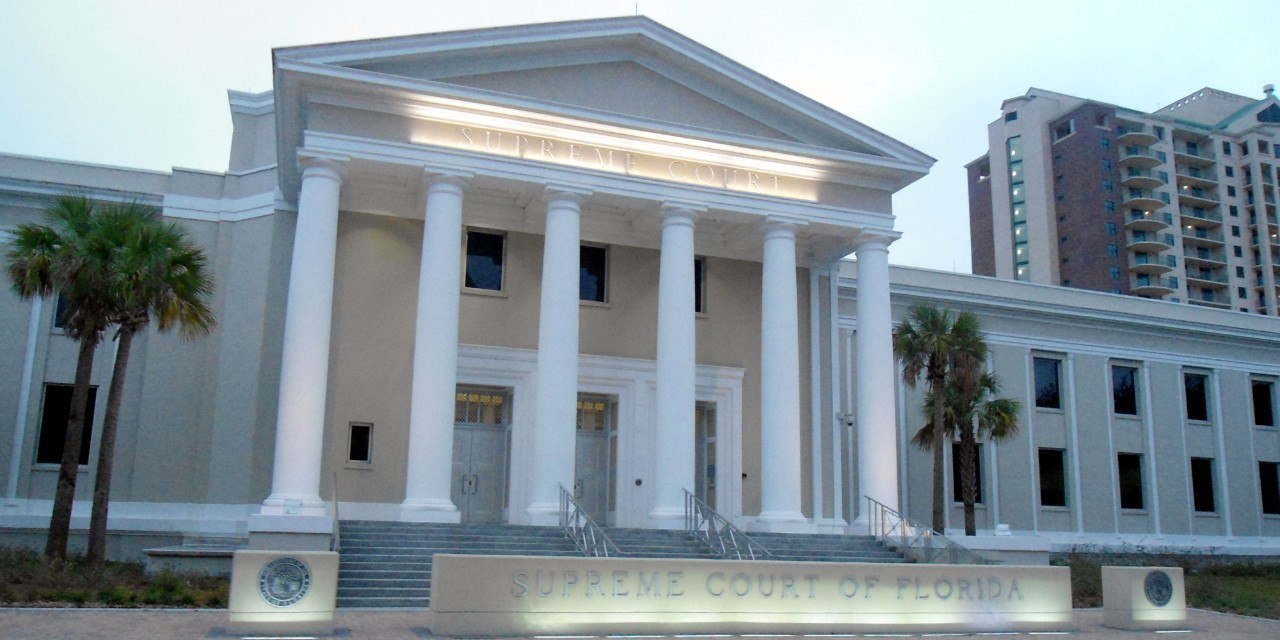 TALLAHASSEE – Candidates who share a non-activist, follow-the-word-of-the-law philosophy will have the upper hand during the selection of finalists to fill two vacant seats on the Florida Supreme Court, according to those familiar with the process.

The Florida Supreme Court Judicial Nominating Commission will interview all 32 applicants who applied for the two positions next weekend. The commission’s deliberations could produce a list of finalists, with a maximum of 12 names, which will reach the desk of Republican Gov. Ron DeSantis soon afterward.

Attorneys familiar with the judicial nominating process described the composition of the nominating panel as top-notch and expressed opinions about which applicants might have an inside track to be appointed to the state’s highest court. They declined to be quoted on the record by The Florida Record, however.

According to the way the court system is set up, one of the nominees has to be from the state’s 3rd Appellate District, which consists of Miami-Dade and Monroe counties.

In November, Lagoa and Luck were appointed to the U.S. Court of Appeals for the 11th Circuit, creating the current vacancies.

Seven of those on last year’s finalist list are among the current group of 32 applicants, and most of them were described by attorneys following the process as highly qualified lawyers and jurists with judicial philosophies that are in sync with those of the governor.

But four others who didn’t apply during the last go-round are also seen as highly qualified by some members of the Florida Bar. Those new applicants are Judge Lori Rowe, who has served on the 1st District Court of Appeal for about a decade; Judge Meredith Sasso, who has served for about a year on the 5th District Court of Appeal and previously worked as former Gov. Rick Scott’s deputy general counsel; Eliot Pedrosa, a Miami attorney who served in positions in the Trump administration, including as executive director of the InterAmerican Development Bank; and Renatha Francis, a circuit judge in Palm Beach.

Some have suggested DeSantis appoint a woman to the high court since its current membership consists of all men in the wake of Lagoa’s exit. That could weigh in favor of Rowe, Sasso and Francis.

Mary Adkins, a professor at the University of Florida’s Levin College of Law, did not comment on the roster of state Supreme Court applicants, but she told the Florida Record that the current process is not ideal for selecting new justices.

“It has gone from being a nonpartisan commission to being the governor’s people,” Adkins said. “So to that extent, you could say it has regained the potential for cronyism.”

She pointed out that the selection of judges through judicial nominating commissions in Florida began under the administration of former Gov. Reubin Askew in the 1970s. Originally, the governor appointed three people to the commission and the Florida Bar named three, according to Adkins. Three additional members were chosen by the initial six.

“It sort of acted as a nonpartisan quality vetting,” she said.

Since then, the process has evolved into a system where the governor appoints a majority of the commission members, with additional members selected by the governor from a list provided by the Florida Bar.

Current commission members seem to focus on candidates’ legal and judicial experience, as well as community involvement, she said.

“But there’s nothing to keep them from looking for anything that appeals to them,” Adkins said.

There’s little reason to think that the successful candidates won’t share the governor’s philosophical outlook, she said. But that said, DeSantis may be facing pressure to appoint a more ethnically diverse court, according to Adkins.

“There are people who felt he should have chosen an African-American judge for one of the three seats he filled last year,” she said.

Dividing the commission appointment powers more evenly between the Florida Bar and the governor, as Askew did, would be an improvement, according to Adkins.

“It seems to me that some way that divides the amount of influence any one nominator can have would be good,” she said.