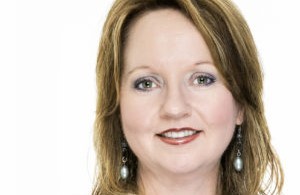 TALLAHASSEE – An official for the Florida Chamber of Commerce said his organization supports reform by state lawmakers of third party lending practices to plaintiffs in injury trials to prevent runaway interest rates subverting the justice process.

“Lawsuit lenders are preying on victims by offering high interest rate loans,” Edie Ousley, vice president of public affairs for the Florida Chamber of Commerce, told the Florida Record. “The injured party receives less of the award at the end of the (court) case and is less likely to act in the best interest and settle the case because they are financially unable to do so.”

On Dec. 12, members of the Civil Justice Subcommittee of the Florida House of Representatives held a workshop to consider imposing stricter regulations on third party lending to plaintiffs in lawsuits. Witness experts told the state lawmakers plaintiffs are put under tremendous pressure to take a case to court even if they are unlikely to win in the hopes of recovering enough money to repay the loan. Loans with annual interest rates of up to 200 percent can occur leaving a plaintiff with little or no damage recovery after the lawyer and lender are paid off.

While four of five speakers at the workshop voiced support for reform, Eric Schuller, president of the Alliance for Responsible Consumer Lending Funding, told the lawmakers that loans to injury plaintiffs can be a valuable way to support people going through court cases.

He said of the state's workers, 78 percent are living from paycheck to paycheck.

“This money is not used to pay attorneys," Schuller said, "but is used to keep a consumer whole while he’s going through the legal system. It’s a valuable choice for families trying to meet obligations (housing, food and car payments) while pursuing claims. Why would a (lending) company put money behind a frivolous case? It doesn’t make sense.”

Schuller said under current Florida laws plaintiff lending deals are not considered loans as there are no payments, no credit checks, no risk to consumer credit, no maturity date and no collection if the consumer loses the court case.

However, Ousley said in addition to the potential of unacceptibly high interest rates on such loans, equally problematic could be hedge funds, high risk investments using borrowed money, and third parties investing in the outcomes of high-dollar claims.

“The attorney should be focused on what is best for his client,” Ousley said. “But when there’s another third party financially invested, the attorney has another interest in the case than the person he represents.”

Bob Rommel, chair of the House Subcommittee, announced the committee would consider a reform bill in the coming year.

“We have to make sure Floridians are protected and know what they’re getting into,” he said.