Sugar companies in southern Florida are calling on a U.S. district court judge to dismiss a lawsuit alleging that the pre-harvest burning of sugar fields is a threat to human health.

The Berman Law Group earlier this year filed the lawsuit on behalf of two Palm Beach County residents who allege they were exposed to dangerous air pollutants as a result of the defendants’ agricultural activities south of Lake Okeechobee. The class-action complaint has yet to be certified by the U.S. District Court for the Southern District of Florida.

Pre-harvest burning activities result in the presence of a number of airborne pollutants, including particulate matter, dioxins, carbon monoxide and polycyclic aromatic hydrocarbons (PAHs), according to the original lawsuit filed in June. Known cancer-causing compounds may also be in the mix, the Berman Law Group alleges, along with ash and smoke that pose respiratory dangers. 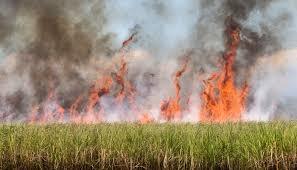 Sugar fields are burned to rid the plant of its outer leaves, which leaves only the sugar-containing stalk.

One of the defendant companies, U.S. Sugar Corp., provided the Florida Record with a statement representing its views on sustainable sugarcane harvesting in southern Florida. The pre-harvest burns can only be carried out with permits obtained through the Florida Forestry Service, which only allows the controlled burns to occur if winds and other atmospheric conditions are favorable, the statement says.

In addition, such burns can be restricted if the location is close to medical facilities, schools or highways.

The company also emphasizes that a pre-harvest burn only involves about 40 acres and that normally it would last between 15 and 20 minutes. Because the smoke generally rises quickly, air quality in neighboring communities is only affected for short periods, the statement says.

And although critics such as the Florida Sierra Club say green harvesting alternatives are available, the statement downplays the feasibility of such proposals during sugarcane harvests.

“There have been no large-scale commercial uses proved to be economically or environmentally feasible for the massive amounts of leaf material left over from Florida’s sugarcane harvest,” the statement says.

Sugar companies also dispute the lawsuit’s allegations that air pollutants pose health risks to the plaintiffs. The PAHs mentioned by plaintiffs, for example, were shown to be well below the concentration allowed by U.S. Environmental Protection Agency standards during a 2016 study by the federal Agency for Toxic Substances and Disease Registry.

The defendant companies have argued in their dismissal filings that their operations are protected by Florida’s Right to Farm Act and that there's no proof the harvesting operations caused potential injuries to the plaintiffs.

Want to get notified whenever we write about U.S. Sugar Corp ?

Sign-up Next time we write about U.S. Sugar Corp, we'll email you a link to the story. You may edit your settings or unsubscribe at any time.