Florida liberates itself from top spot on 'Judicial Hellholes' ranking

Thanks to reforms enacted this year and a more conservative state Supreme Court, Florida no longer occupies a spot on the nation’s 10 worst “Judicial Hellholes” list, according to a new report by the American Tort Reform Foundation (ATRF).

Florida dropped down from its No. 2 perch on the list in 2018 to a second tier of jurisdictions, called the Watch List. The ATRF credits Florida Gov. Ron DeSantis with ushering in changes to the state’s legal climate, beginning with the appointment of several justices to the Florida Supreme Court.

“This new court is deferential to legislative efforts to stop lawsuit abuse and poised to correct the course set by the prior activist court,” Tuesday’s ATRF report states. 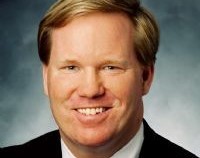 The report mentions a number of other steps the state has taken to improve its legal environment. These include the state Supreme Court adopting the federal Daubert standard for the admissibility of expert evidence and the rooting out of “junk science,” the study says.

Other developments cited are the state legislature’s reforms passed this year that attempt to curb abuses in assignment-of-benefits property claims lawsuits, which have grown ninefold in the past 10 years. The report also praises a new law that encourages insurers and policyholders to resolve divisions through an appraisal process and reduce bad-faith litigation.

“Florida has very quickly made great progress, and that’s reflected in their move from the ‘Judicial Hellholes’ top rankings, down to our ‘Watch List,’” ATRF President Tiger Joyce said in a statement to the Florida Record.

Joyce credited both the governor and the state Supreme Court with making positive contributions that will improve the civil justice system in Florida.

“The legislature ... made strides in addressing abuses of the system, including a bill that addresses exploitation of the state’s assignment of benefits law,” he said. “We believe this will address lawsuit abuse going forward, especially when people are dealing with catastrophic events.”

William Large, president of the Florida Justice Reform Institute, credited the leadership of DeSantis and his appointment of Barbara Lagoa, Robert Luck and Carlos Muniz to the high court with the improvement of the state’s legal climate.

“Gov. DeSantis showed tremendous leadership by appointing judges who will say what the law is, not what they think it should be, and who show deference to the legislature as the rightful policymaking branch of government,” Large said in a statement emailed to the Record.

The governor now has the chance to name two more high court justices in the wake of Lagoa and Luck being confirmed as justices on the 11th U.S. Circuit Court of Appeals, he said.

“Combined with the upcoming legislative session, Gov. DeSantis has the opportunity to permanently stamp an incredible legacy on Florida’s legal environment,” Large said.

Edie Ousley, spokeswoman for the Florida Chamber of Commerce, also expressed a degree of optimism in the effort to fix what she called the state’s broken civil litigation system.

“Sunnier days are ahead as Florida is finally moving in the right direction,” she told the Record. “Recent Florida Supreme Court appointments, the adoption of the Daubert rule and an empowered state legislature that’s more willing to take on billboard trial lawyers are certainly helping.”

More work is needed, however, in order to curtail municipality lawsuits and regulations, according to Ousley. And decades of litigation abuses by trial attorneys who advertise on billboards will need to be overcome, she said.

“As Florida competes to be a top-10 global economy by 2030, improving its legal climate is essential, and that’s why the Florida Chamber is leading the charge and is uniting Florida’s business community to ensure we protect consumers while reducing out-of-control litigation,” Ousley said.

The ATRF report also ticked off a list of reforms that it says would improve the legal climate and reduce the burden of civil litigation costs on consumers and businesses. Among these are improvements to the state’s no-fault personal injury system (PIP), which has led to Floridians having to pay some of the most expensive auto insurance premiums in the nation, the report says.

Another problem within the civil litigation system is that medical expenses of plaintiffs are explained to juries in terms of how they are initially invoiced, which is often triple the amount eventually accepted by a health care provider, according to ATRF. This inflates jury awards in personal injury cases, the report says.

In addition, the flood of legal advertisements on television and billboards in Florida can create misleading assumptions about products and services and can taint jury pools, according to the foundation’s analysis.

Want to get notified whenever we write about American Tort Reform Association ?

Sign-up Next time we write about American Tort Reform Association, we'll email you a link to the story. You may edit your settings or unsubscribe at any time.