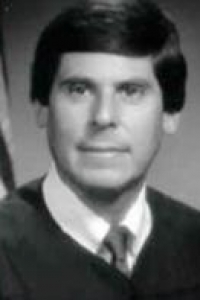 Jay B. Rosman | The Florida Bar

TALLAHASSEE — Maine attorney and former Lee County Circuit Court Judge Jay B. Rosman has been permanently disbarred following an Oct. 31 Florida Supreme Court order and his arrest last year in a prostitution sting, according to a recent announcement by The Florida Bar.

"Rosman, a member of the judiciary in Lee County at the time, was arrested on Feb. 9, 2018, for soliciting prostitution and resisting an officer without violence," the state bar said in its Nov. 26 announcement of the discipline and the Supreme Court's order. "After entering into a deferred prosecution agreement, he completed all requirements, which resulted in an administrative dismissal."

Rosman also paid a $1,000 fine, took a "restorative justice course," attended an AIDS workshop and got counseling, in addition to resigning from the bench, according to the state bar's announcement.

In its two-page order, the state Supreme Court approved Rosman's uncontested petition for disciplinary revocation, tantamount to disbarment, without leave to seek readmission. Granting the petition served to dismiss all pending disciplinary charges against Rosman.

Florida court orders are not final until time to file a rehearing motion expires. Filing such a motion does not alter the effective date of Rosman's suspension.

Rosman, whose current address is listed by The Florida Bar as Southport, Maine, was admitted to the bar in Florida on July 3, 1979, according to his profile at The Florida Bar's website. No prior discipline before the state bar is listed on Rosman's Florida Bar profile.

Rosman initially pled not guilty, waived arraignment and asked for a jury trial.