The filing of assignment-of-benefits lawsuits for auto glass damage in Florida is holding steady this year but threatens to push up the cost of auto insurance, a new Florida Justice Reform Institute report warns.

“Abuse of AOBs for auto glass damage litigation continues nearly unabated, driving up costs for all purchasers of comprehensive and collision insurance,” the report states.

Ashley Kalifeh, a consultant for the institute who did the research for the report, said these types of questionable lawsuits are carried out by a small number of law firms. The lawsuit activity is concentrated in Orange and Hillsborough counties, according to the FJRI report. 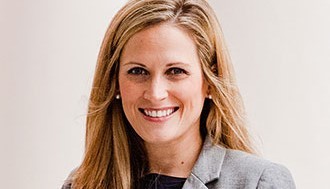 The level of lawsuits that occurred after auto policy owners signed away their policy rights in exchange for expedited windshield repairs dipped in 2017 after a few of the attorneys who filed such lawsuits stopped doing this type of work, according to Kalifeh. But this year the number of such lawsuits is on track to reach 17,000, she said.

“That is quadruple what we saw just a few years ago,” Kalifeh told the Florida Record.

Criticism of this practice, according to those familiar with it, stems from “bad actors,” including a limited number of attorneys and local auto shops, getting customers to sign their right to sue insurers over to a third party. The attorney and auto shop can then charge the insurer an inflated price for the repair.

The third party assigned the right to sue under the insurance premium also has the benefit of what’s called “one-way attorney fees” – meaning that a plaintiff can collect all his legal fees from an insurer in the event of a judgment that goes against the insurance firm.

“Most auto glass shops are good and do quality work,” Kalifeh said, adding that the majority of these businesses don’t ask customers to sign over their insurance policy rights.

The data in the latest FJRI report, which examines auto-glass AOB lawsuits filed during the first nine months of 2019 using a Florida Department of Financial Services database, flies in the face of tort reform opponents’ arguments that the problem is subsiding on its own, she said.

“The data blows a hole into that argument,” Kalifeh said.

A bill by state Sen Linda Stewart (D-Orlando) would address some of the concerns related to the auto-glass AOB issue. It would ban the use of incentives such as gift cards to encourage drivers to sign over their auto insurance rights in return for a speedy window repair, according to Stewart.

“We need stronger consumer protection language,” she told the Record. “... The point is to let consumers know what you are or aren’t going to do.”

Action on Senate Bill 312, which was the subject of a hearing earlier this month, has been postponed until the first week of December, Stewart said. A key point of the bill is to require AOB forms to be in larger type so that consumers can see what they are signing, she said.

In its current form, SB 312 would also require the repair shop to give the insurer 30 days notice before the shop moves to file a lawsuit. In turn, the insurer would have 15 days to respond. That timeline could help encourage settlements and avoid lawsuits, according to Stewart.

“People don’t realize that when they sign the assignment of benefits (form), their names can appear on the lawsuits,” she said.

Stewart’s proposed reforms, however, fall short of all the FJRI’s recommended reforms to the auto-glass AOB system. Meaningful reforms include stopping the third parties from gaining one-way attorney fee benefits and allowing auto policyholders to reconsider an AOB decision within a certain amount of time, according to the institute.

But others say such reforms would favor larger companies and hurt smaller mom-and-pop Florida firms. During this month’s hearing on SB 312, the president of the Florida Justice Association, Leslie Kroeger, testified that the bill is not pro-consumer.

The bill fails to require a payment from the insurance company within a set time period to ensure consumers can safely drive their damaged cars, according to a blog on the association’s website.

But Michael Carlson, the president and CEO of the Personal Insurance Federation of Florida, said Stewart’s bill does provide some incremental progress on the auto-glass AOB issue.

“We like that,” Carlson told the Record. “We think that’s a good step in the right direction.”

The FJRI report had been well-received, he said, and the auto-glass AOB system remains unfair to consumers.

“A small segment of trial lawyers is using it as a cash cow,” Carlson said.

Even so, it’s uncertain whether lawmakers will fully deal with the issue in the coming year, he said.

“I am personally doubtful we will see a resolution of the auto glass problem that is as comprehensive as the property-insurance AOB” signed by Gov. Ron DeSantis earlier this year, Carlson said.