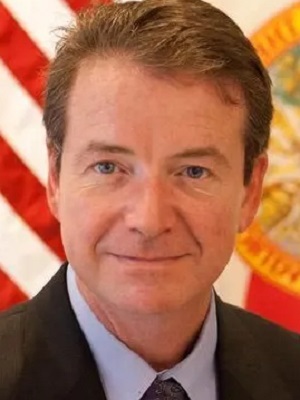 TALLAHASSEE -- A change in state Supreme Court justices and a documented dramatic increase in workers' compensation attorney fees over the past few years might persuade Florida lawmakers to reconsider a fee cap, a business advocate said during a recent interview.

The National Federation of Independent Business Florida has "hard, retroactive data" that showed attorney fees, as part of awards in workers' compensation cases in the state, "has increased dramatically" since a previous cap was declared unconstitutional, said NFIB Florida director Bill Herrle.

"This is the first year that we've had backward looking data to show that this is occurring. We don't want to wish ill on the system but we do strongly believe that until attorney fee caps are re-established in the Florida statutes, this trend will continue."

Herrle's comments came shortly after Florida Insurance Commissioner David Altmaier issued an order to the National Council on Compensation Insurance, asking for a reduction in Florida's workers’ compensation rates of 7.5 percent for next year.

"Of course, it's welcome news," Herrle said. "Workers' comp is a mandatory insurance system and when the state mandates something, then they have a duty to manage the system and make sure it's affordable and accessible. So we're glad to see rates going down."

He added that "the good news behind the good news" is NFIB's data on increasing attorney fees is the first quantifiable data available since the Florida Supreme Court's 2019 decision in Castellanos v. Next Door.  In that decision, the high court ruled the state's mandatory attorney fee schedule for use in workers' compensation awards violated constitutional due process provisions.

The decision essentially meant that judges sitting in workers' compensation claims are no longer constrained by a statutory attorney fee formula in Florida.

"For the first time since the Castellanos opinion, that vacated the statutory attorney fee cap in workers' compensation, we have hard, retroactive data on attorneys fees that show that attorneys fees, as a portion of injured workers awards, has increased dramatically," Herrle said. "Now, the insurance commissioner noted that he can see this but he doesn't want to make any adjustments to rates based on just one year of retroactive data. We've been saying that this has been coming for years but workers' comp has what they call 'a long tail'."

NFIB's data is not the only change since the Castellanos decision. The court itself has changed significantly.

Lagoa and Luck have since been nominated to the 11th Circuit Court of Appeals, and upon confirmation, DeSantis is expected to again appoint conservative justices.

As of February, all seven justices on the high court had been appointed by Republican governors.

Herrle said NFIB "very much hopes" its new data and the changed Supreme Court will get the attention of Florida lawmakers in its next session.

"I don't want to handicap what the new justices may be like but I know they're not like the old justices (prior to DeSantis picks)," Herrle said. "It's not the same court that disposed of the attorney fees once before. That's the least we can say."

Want to get notified whenever we write about NATIONAL FEDERATION OF INDEPENDENT BUSINESS ?

Sign-up Next time we write about NATIONAL FEDERATION OF INDEPENDENT BUSINESS, we'll email you a link to the story. You may edit your settings or unsubscribe at any time.