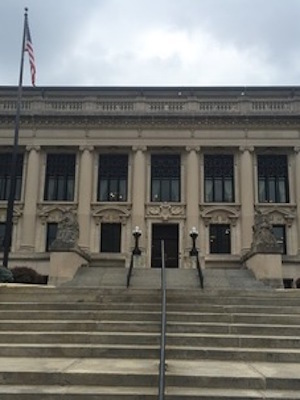 TALLAHASSEE (Florida Record) — Suspended Altamonte Springs attorney Michael David Fender has been disbarred following an Oct. 3 Florida Supreme Court order after he allegedly abandoned his practice, according to a recent announcement by The Florida Bar.

Fender's disbarment was effective immediately, according to the state bar's Oct. 24 announcement of the discipline and the Supreme Court's order.

"Fender abandoned his law practice, neglected various client matters, lacked competence, failed to maintain adequate client communication, failed to earn his fees and failed to return documentation to his clients," the state bar's announcement said. "Fender also failed to respond to the bar's investigative inquiries and failed to participate in the disciplinary proceeding."

In its single-page order, the state high court approved the uncontested report of the referee filed in the matter before disbarring Fender and ordering him to pay almost $2,831

Florida court orders are not final until time to file a rehearing motion expires. Filing such a motion does not alter the effective date of Fender's disbarment. Attorneys disbarred in Florida generally cannot reapply for admission for five years and must pass an extensive process that includes a rigorous background check and retaking the bar exam.

Fender was admitted to the bar in Florida on April 29, 1992, according to his profile at the state bar website.

Fender was placed on emergency suspension following a Supreme Court order in April over allegations he abandoned his practice after a state bar investigation found he had been evicted from his Seminole County office in June 2018. Investigators were unable to locate Fender but did find that he had stopped responding to court pleadings in more than one case.

Fender failed to answer the state bar's petition for emergency suspension and default was entered against him this past May. A final sanction hearing was held in June.

"[Fender] failed to make an appearance or to file anything in this matter," the referee's report said. "[Fender] has wholly failed to participate in this disciplinary proceeding."