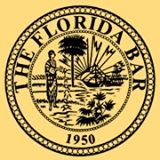 TALLAHASSEE (Florida Record) — Longtime Tallahassee attorney and former City Commissioner Scott Maddox has been indefinitely suspended following an Aug. 15 Florida Supreme Court order and his guilty plea earlier in August regarding influence peddling and corruption allegations, according to a recent announcement by The Florida Bar.

"Maddox pleaded guilty to three felonies in the U.S. District Court for the Northern District of Florida," the state bar said in its Aug. 29 announcement of the discipline and the state Supreme Court's order. "The charges related to Maddox's role as city commissioner and a co- defendant paying him on behalf of companies to influence votes in their favor."

The court also appointed a referee to recommend discipline for Maddox, according to the announcement. Florida court orders are not final until time to file a rehearing motion expires. Filing such a motion does not alter the effective date of Maddox's suspension.

Maddox, a former Tallahassee mayor and chairman of the Florida Democratic Party, was admitted to the bar in Florida on Oct. 5, 1995, according to his profile at the state bar website. No prior discipline before the state bar is listed on Maddox's state bar profile.

In December, Maddox and Tallahassee Downtown Improvement Authority executive director Janice Paige Carter-Smith were indicted on 44 counts of federal racketeering charges, according to a U.S. Department of Justice news release issued at the time. The 44-count indictment alleged the two conspired "to operate a racketeering enterprise that engaged in acts of bank fraud, extortion, honest services fraud and bribery," the news release said.

On Aug. 9, Maddox and Carter-Smith pleaded guilty to three charges, wire fraud and mail fraud and conspiracy to commit tax fraud. Nearly 40 charges that had been pending against the pair were dropped as part of a plea deal reached with prosecutors.

The same day Maddox issued his guilty plea, Gov. Ron DeSantis issued an executive order removing Maddox from his seat on Tallahassee City Commission. Maddox had been suspended when the indictments were announced by by then-Gov. Rick Scott.

Maddox faces a maximum of 25 years in prison on the extortion and tax charges and is scheduled to be sentenced Nov. 19.