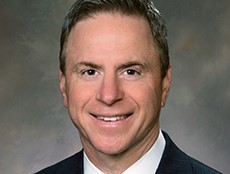 The Florida Supreme Court recently decided it will not consider a case involving assignment of benefits (AOB), noting a newly passed law the court said eliminates the need for justices to weigh in.

Insurance companies say they've seen an uptick in fraud and lawsuits by contractors seeking to benefit. Contractors say otherwise, suggesting it provides a means to ensure they're paid properly for repair work.

In refusing to hear the case, the high court cited passage of a new Florida law earlier this year that made changes to the AOB system. Those changes include allowing insurers the ability to offer policies that don't allow assignment of benefits as well as limiting fees attorneys can charge in AOB cases filed by contractors.

"Because we conclude that the new legislation addresses on a going-forward basis the issue before us, we exercise our discretion to discharge jurisdiction," the court's ruling read.

Some insurance industry leaders, among them Jeff Grady, president and CEO of the Florida Association of Insurance Agents (FAIA), expressed disappointment that the court did not issue a ruling.

"I think the industry, including FAIA, would have rather seen the court act. We felt pretty good about the facts in that case," Grady said.

He said the industry's concerns stem from a lack of clarity over the impact of the recently passed legislation and how effective it will be at curbing frivolous and excessive lawsuits. He cited past reform efforts, including an effort years ago to address lawsuits over sinkhole claims, as creating similar questions.

"It stems from some of the uncertainty of how comprehensive the legislative fix really is," Grady said.