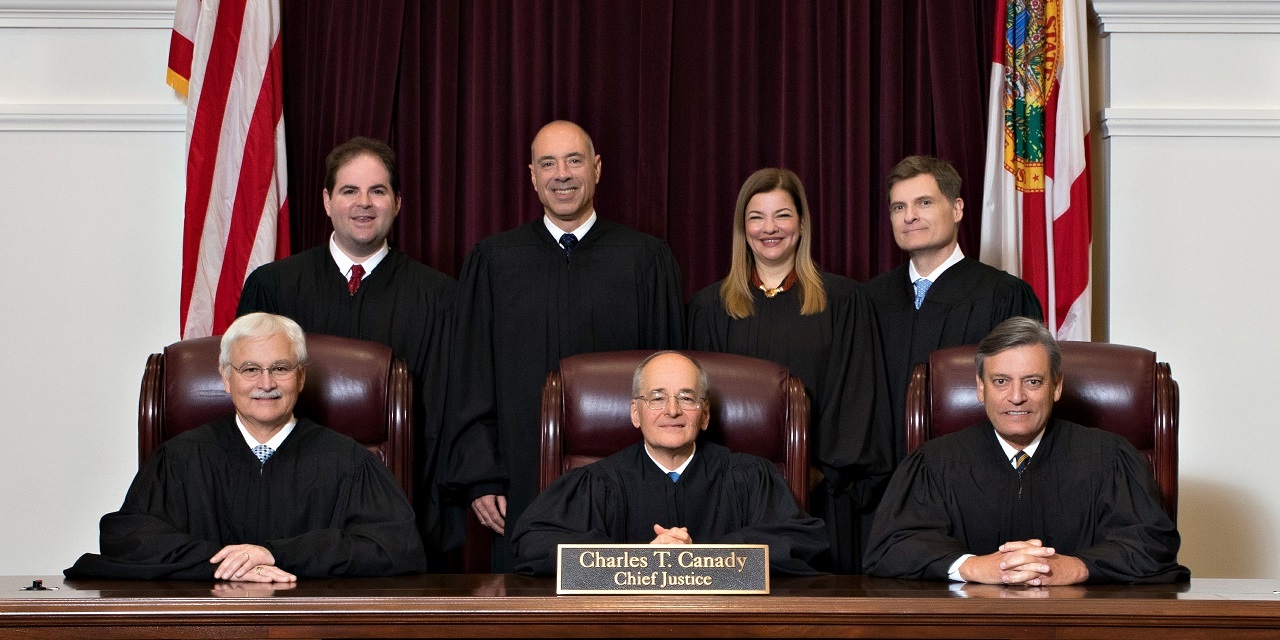 "The Florida Legislature passed the Daubert expert evidence standard in 2013, but a previous majority of the Florida Supreme Court refused to acknowledge that change," Florida Justice Reform Institute President William Large said in an email to the Florida Record. "The Court’s decision today to finally adopt the Daubert standard will change the face of Florida jurisprudence."

The high court decided 5-2 to adopt the Daubert evidence standard over what is considered the more lenient Frye standard, the latter of which had been established by the court last fall as "the appropriate test in Florida courts."

The Supreme Court's decision to adopt the Daubert standard comes less than a year after previous justices on the court went in the opposite direction. In October, in DeLisle v Crane Co., et al, the previous court invalidated 2013 legislative changes to Florida's evidence code that adopted Daubert. The court's decision then affirmed the Frye standard in Florida.

"We recognize that Frye and Daubert are competing methods for a trial judge to determine the reliability of expert testimony before allowing it to be admitted into evidence," then Florida Supreme Court Justice Peggy Quince wrote in the 4-3 majority DeLisle decision. "Both purport to provide a trial judge with the tools necessary to ensure that only reliable evidence is presented to the jury. Frye relies on the scientific community to determine reliability whereas Daubert relies on the scientific savvy of trial judges to determine the significance of the methodology used. With our decision today, we reaffirm that Frye, not Daubert, is the appropriate test in Florida courts."

Including DeSantis appointments, all seven justices on the high court were appointed by a Republican governors.

In its amendments to Florida's evidence code issued today, the high court avoided "readdressing the correctness" of the DeLisle decision but noted that DeLisle "did not address the amendment to" the state's evidence code.

"Therefore, the court has not determined the extent to which that amendment may be procedural," the court said in today's rule amendment.

In his dissent to the rule amendment adopting Daubert, Justice Luck maintained the state Supreme Court lacks authority to adopt the rule amendment and said that switching from Frye to Daubert should not be considered until the court has "a proper case or controversy.”

Luck wrote that he understood the court held in DeLisle that portions of the then existing rules were "not substantive" and "did not create, define or regulate a right.”

"But we were wrong and acted without jurisdiction in DeLisle, and I look forward to the day we have a proper case or controversy so we can revisit our holding," Luck continued in his dissent. "While DeLisle is our precedent until that day, I would not build upon its shaky foundation by relying on its erroneous holding so we can adopt a new procedural rule. We shouldn't compound one error by, on our own initiative, shoveling another case on top of it."

In his special concurrence, Justice Lawson countered that the court is authorized only to adopt or amend its rules.

"As explained in the majority's per curiam opinion, that process was followed here, with the result that the Court has had the benefit of Florida Bar recommendations, oral argument and extensive public comments, pro and con," Lawson wrote. "All that this Court is doing now is reconsidering its earlier administrative (i.e., non-adjudicative) decision not to adopt the proposed Daubert amendments."