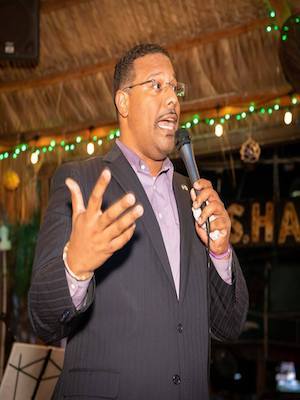 Republican candidate Ashley Moody is still besting her Democratic component Sean Shaw in what is expected to be a highly competitive race for attorney general, a recent poll indicates, according to Florida Politics.

Constituents surveyed were asked via an automated phone call polling system, “If the election for Attorney General were held today, who would you vote for: Republication Ashley Moody or Democrat Sean Shaw.”

Of those who answered, 46 percent favored Moody, while a close 44 percent selected Shaw. The demographics evaluated were political party, gender, media market, and race.

Other questions asked were concerning the backing of the use of medical marijuana if approved by a doctor (71 percent were in favor) and if they “approve or disapprove of how Attorney General Pam Bondi has handled marijuana,” (23 percent approved). Forty-six percent said they’d be more likely to support Shaw if he would stop Florida’s objection to patients’ ability to smoke medical marijuana.

Moody upset state representative Frank White of Pensacola when she won the Republican Primary last month. While Shaw is slightly lagging in a match-up with Moody, he overwhelmed his opponent in the Democratic primary by a margin of 73 to 27 percent, Florida Record previously reported.

The participants for the latest poll were randomly selected and those who said they weren’t going to vote weren’t included in the results. As for those who were included, it is said to have a sample size of 1,657 with a 2.4 percent margin of error.