TALLAHASSEE — Republican Rep. Jay Fant is ready to move into a new position that he thinks will help him better serve his constituents.

Recently announcing his run for attorney general following Republican Pam Bondi’s tenure, Fant, who has served in the Florida House of Representatives since 2014, hopes to ensure the economic prosperity of the state.

With a devotion to increasing the state’s revenue with programs such as Visit Florida and Enterprise Florida, his platform is based on creating the best economic climate possible for the state. Although he knows that both programs are highly scrutinized and facing overhaul, he remains a staunch advocate. 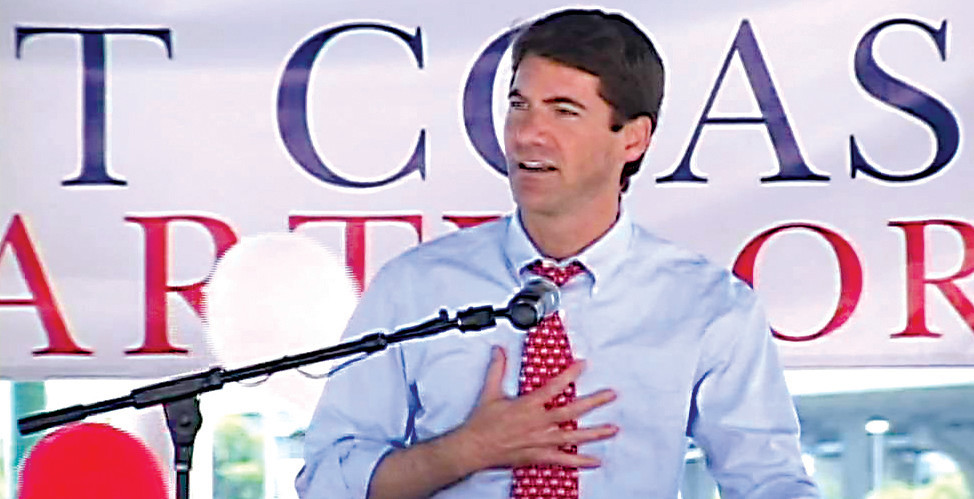 “When we put money into promoting the state, the economy improves," Fant told the Florida Record. "There’s good math behind that.”

Fant said he spent most of his time in session fighting to fund the programs.

The candidate also understands that bringing tourism to Florida shouldn’t just be about destinations like Orlando and Miami. Fant hopes to get people into other areas to boost local economic growth so the whole state can win.

“Almost without fail, local chambers of commerce and small businesses have been eager to see those programs succeed," he said.

Fant’s reason for running for attorney general is similar to the one that got him into politics in the first place: his focus on ensuring that businesses and Floridians are not hindered. The District 15 representative feels that a full-time position dedicated to protecting Florida families and businesses is where he can do the most good.

“That’s a good day when you can apply your energies toward defeating the scam artists and bad guys,” Fant said of the role he hopes to fill.

With his campaign, Fant hopes to show he is a constitutionally adherent attorney general who will defend Floridians against big government while acting to uphold the First and Second Amendments.

The Florida attorney general election will be Nov. 6, 2018.

Florida House of Representatives • Florida Office of the Attorney General