TALLAHASSEE — Gov. Rick Scott’s veto of a bill that drew heavy debate across party lines last month is being seen by some political commentators as a win for small businesses in the state.

Senate Bill 106, also called the “liquor wall” law, was written to overturn the current laws that require hard liquor to sold in a separate facility from where other retail goods are sold.

Miami-based Senator Anitere Flores sponsored SB 106 to allow grocery stores, mass merchandise retailers and other stores to sell liquor in the same area as other products. Currently, alcohol must be sold in a separate area walled off from the rest of the retail floor. The Senate approved the measure in a 21-17. 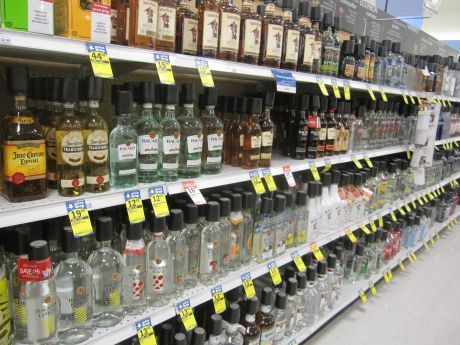 Opponents of the bill claimed that repealing the measure would eliminate jobs and make it easier for minors to get alcohol.

Scott vetoed the bill, stating in a statement that while his administration is for less burdensome regulations, SB 106 has the potential to stop small businesses from creating jobs.

“I carefully reviewed this bill and I have met with stakeholders on both sides,” Scott said in a written statement released to media. “I listened closely to what they had to say and I understand that both positions have merit. Nevertheless, I have heard concerns as to how this bill could affect many small businesses across Florida. I was a small business owner and many locally owned businesses have told me how this bill will impact their families and their ability to create jobs."

Not all business advocates agreed with the decision. Michael Williams, a spokesman for the group Floridians for Fair Business Practices, said the group will continue to seek for repeal of the current law.

“We have made tremendous progress in the last four years, and there is a clear momentum in Florida for this common-sense approach to liquor sales,” Williams said in the statement. “While Governor Scott ultimately chose to veto Senate Bill 106, we look forward to working with state leaders in the future to finally put an end to this outdated, Prohibition-era law.”