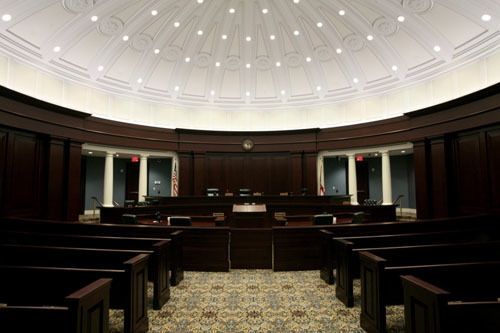 TALLAHASSEE — A judge for the U.S. District for the Northern District of Florida recently issued a motion for a protective order in a gender employment discrimination case.

In December 2016, Scott filed suit in federal court alleging the defendant improperly removed her from employment and discriminated against her based on her gender.

On March 2, the defendant served notice of its intent to issue subpoenas to parties to include the plaintiff’s current employer. When the defendant received it, there was no objection from the plaintiff, and it served Old South Land Title with a subpoena. At some point, Scott and her attorney informed the plaintiff that they were not to contact her employer, but Old South Land Title had already been served and supplied the documents requested, according to court records.

The subpoena asked for records to include employment application, pay information, any record of disciplinary actions and any email communications involving the defendant and other departments.

Scott’s attorney argued the subpoena was broad and had no relation to the facts of the case. Elgin claimed the requested information would help in the mitigation of damages.

In the opinion, Jones said the case came down to two disputed issues: The defendant's request for disciplinary information relating to the plaintiff and the request for emails and text messages.

In siting Washington v. Brown & Williamson Tobacco Corp., Jones ruled that the right to subpoena information is not limitless.

“A court may, for good cause, grant a motion for a protective order 'to protect a party or person from annoyance, embarrassment, oppression, or undue burden or expense' by, inter alia, 'forbidding inquiry into certain matters, or limiting the scope of disclosure or discovery to certain matters,'" Jones wrote.

Jones said that requesting Old South Land Title to produce emails and text messages was not germane to the case and outside the rules of discovery as defined in Rule 26 of the Federal Rules of Civil Procedure. Fed. R. Civ. P. 26(b)(1)