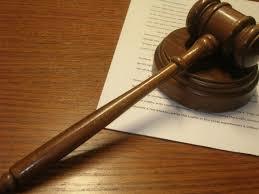 New Senate and House bills could change the way lawsuit settlements are made in the state. | MedCity News

TALLAHASSEE — In a move that may have corporations rattled, the Florida Senate Judiciary Committee has advanced a bill to allow for prejudgment interest to be collected in personal injury settlements.

The implications of such a bill making it to law would require companies to pay out interest to plaintiffs start at the lawsuit’s filing. It’s an action that many are hoping will force more corporations to settle rather than draw out a lengthy and costly court battle.

The bill, Senate Bill 344, was advanced in a 10-1 vote by the Senate's Rules Committee after moving through the Judiciary Committee in a 6-2 vote. It was introduced to the Senate by Republican Sen. Greg Steube of Sarasota.

Currently, interest accrues after a settlement is made until it has been paid in full. The bill would change that to require the pay out of interest in civil cases from their start.

The change will affect lawsuits in which “medical bills, loss of past wages, funeral expenses, physical pain and suffering, mental anguish, and the loss of enjoyment of life” are involved, according to the bill. The increase in interest could add an additional 5 percent in settlements.

Business leaders in the community are worried that this bill will further the feeling that Florida has “one of the worst legal climates of all the states” and “tilts the scales even more against business owners,” David Hart, executive vice president with the Florida Chamber of Commerce, told the Florida Business Daily. Community business leaders are also questioning why the bill is being advanced so easily through legislative Republicans when the party has historically been pro-corporation, Hart said.

A similar bill, House Bill 469, was introduced in the Florida House of Representatives and was moved forward by the Civil Justice and Claims Subcommittee in an 11-4 vote.