FORT WALTON BEACH – For the second time in nearly two decades, attorney Joseph D. Lorenz has been recognized for his service to indigent clients in Florida.

Lorenz and 20 other attorneys will be presented this month with The Florida Bar President's Pro Bono Service Awards for their pro bono work on behalf of poor clients, according to a press release issued by The Florida Bar. 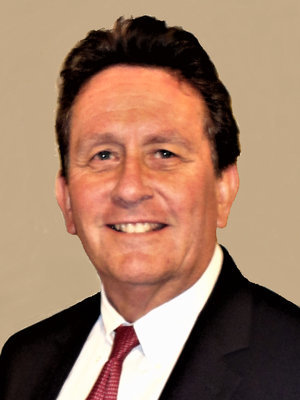 The awards aim to encourage lawyers to volunteer free legal services to the poor by recognizing them for their public service.

“I’ve been honored to continue to be able provide pro bono services through Northwest Florida Legal Services,” Lorenz told the Florida Record. I’ve been fortunate to be able to take cases where the need was present, from beginning to end, including cases that involved custody disputes and domestic violence.”

Lorenz practices within the 1st Judicial Circuit, which includes Escambia, Okaloosa, Santa Rosa and Walton counties. Throughout his 43-year legal career, he has performed pro bono service. The amount of pro bono work he has handled during the last two decades has almost doubled since he was first honored with this award in 1998.

Lorenz, who earned his law degree from the University of Florida’s Leven College of Law, specializes in marital and family law. He provided more than 60 hours of pro bono work in a dissolution of marriage case that involved domestic violence and custody of the children. More recently, he has worked on other domestic cases.

Additionally, Lorenz has provided service through the Veterans Consortium Pro Bono Program. The program delivers appellate services to veterans with disabilities through the U.S. Court of Appeals for Veterans Claims. He has volunteered as an attorney for the First Circuit Guardian Ad Litem Program and has worked as an attorney for the state’s Child Protection Team. The team ensures the safety of children believed to have been abused.

“It was also gratifying to be able to direct the Okaloosa and Walton County Court Ordered Family Mediation Program until the State of Florida consolidated the administration of those programs in 2004,” Lorenz said. “I certainly do not feel I’m the only one in this circuit that is deserving of this award and I congratulate all those who are able to provide our professional services to those who are in need.”

“I find the work rewarding, but I also believe it’s an obligation connected to the right and privilege of practicing law in our community.”

As for what’s next for Lorenz, he plans to “just keep doing what I’m doing.”

Florida Bar President William J. Schifino Jr. will present the attorneys with their awards at a ceremony on Jan. 19 at the Supreme Court of Florida. The awards, which were established in 1981 to raise public awareness for the volunteer service Florida lawyers provide to those who can’t afford legal service, recognize pro bono service in Florida's 20 judicial circuits, as well as service by one Florida Bar member practicing outside the state.

Florida lawyers provided about 1.7 million hours of pro bono services to those in need and nearly $5.4 million to legal aid organizations during the most recent 12 months reported, according to a press release issued by The Florida Bar.