ATLANTA–The family of Bobbi Kristina Brown plans to hire a collections lawyer to recoup the $36 million owed to them by her boyfriend, Nick Gordon, who was found liable in her death and is now living in seclusion in Florida, according to People magazine.

Fulton County Superior Court Judge T. Jackson Bedford entered a judgment against Gordon on Nov. 17 after he lost a result of a wrongful death lawsuit that was filed by her family. 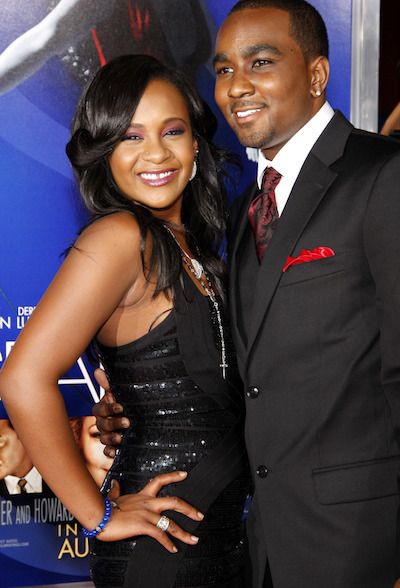 Bobbi Kristina Brown and Nick Gordon before her death in 2015. | Shutterstock

In September, Gordon, 26, was found legally responsible for the death of 22-year-old Brown, who was  discovered submerged in the bathtub at the couple’s home in Atlanta on Jan. 31, 2015.

Brown, the only child of the late Whitney Houston and singer Bobby Brown, remained in a coma until she died six months later.

CNN reported that an autopsy by the Fulton County Medical Examiner’s Office ruled immersion in the water and drug intoxication resulted in brain damage and pneumonia, which eventually caused her to die.

While Gordon may not have been charged criminally in the case, he failed to appear for two previous court hearings in the civil case against him regarding Brown’s death. He also failed to attend court for the November judgment. He was found in contempt of court and the judgment was made ‘by default.’

MSN reported that the judge stated that Brown had unlimited earning potential, ordering Gordon to pay the hefty sum determined. Any future earnings that Gordon earns are expected to be handed over to the estate of Brown.

Yet despite the judgment, MSN added that Gordon is not working. Any money he earned from previous interviews is reported to have been put toward his attorney’s fees.

This, however, does not seem to be a deterrent to Bobby Brown. In an interview with People Magazine, Brown said he is intent on collecting the $36 million regardless of how long it takes. In addition to the money, the judge also ruled that an engagement ring that once belonged to Whitney Houston is believed to be in Gordon’s possession, which Bobby wants back. The ring is believed to be valued at $1.5 million.

With no money to his name, the Brown family intends to hire a collection lawyer to obtain any money that Gordon earns whether that’s through interviews, TV appearances or writing a book.

According to a Gordon source, it’s believed that his next step will be to file for bankruptcy, stating that Gordon is in a dark place at the moment.

Even though Bobby Brown is pleased with the ruling stating that "Mr. Gordon will be unable to slander my daughter’s name in the future or obtain any benefits from the use of Krissy’s name," he is now calling on the district attorney’s office to start the criminal prosecution of Gordon.

Want to get notified whenever we write about Fulton County Superior Court ?

Sign-up Next time we write about Fulton County Superior Court, we'll email you a link to the story. You may edit your settings or unsubscribe at any time.